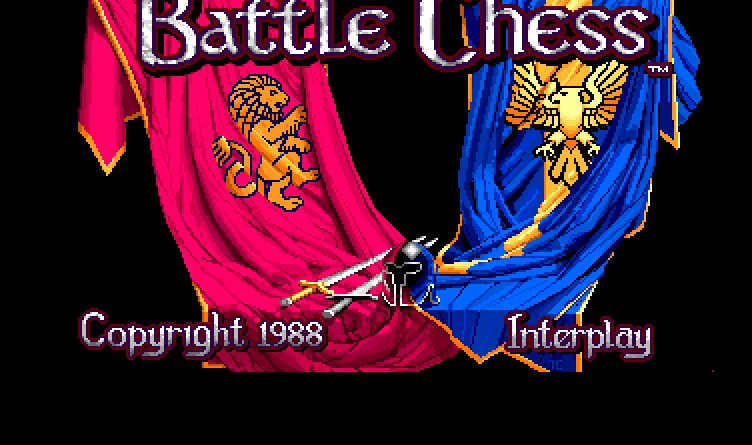 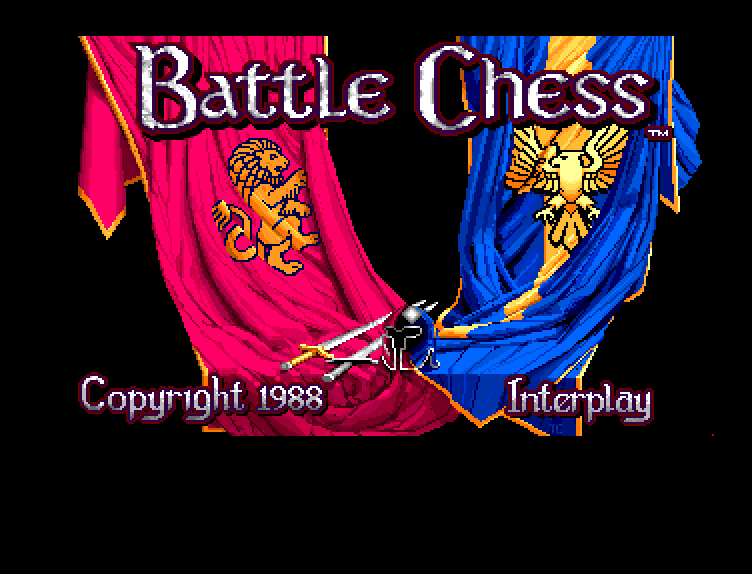 I learned how to play chess when I was seven years old. My first chess board was a children’s edition that used flat paper squares with the pieces printed on top of them. Each character’s square explained how that piece could move on the board. The hardest part wasn’t memorizing how pieces moved or learning strategies. It was finding other seven year olds who wanted to play chess.

I soon found someone (or rather, something) that would play chess with me as many times as I wanted: our TRS-80 Model III home computer. The first chess game we owned wasn’t very good; in fact, it didn’t even check whether or not your moves were legal. A year or two after that, we got Video Chess for the Atari 2600. The biggest problem with Video Chess was that it was too easy to beat on the beginner levels, and the hardest levels pushed the Atari 2600’s hardware past its limits. According to the manual, the system can take “up to 10 hours per move” on the game’s hardest setting. The average game of chess lasts 40 moves, which meant a match on the hardest level of Video Chess could last two weeks or more.

Chess not only requires patience, intelligence, and strategy, but also imagination. When one piece takes another, it is up to the player to imagine the battle that just happened. In Battle Chess, released by Interplay in 1988, players no longer had to imagine those battles. For the first time ever, they got to witness those battles playing out for themselves.

In the mid-1980s, Interplay developed several hit games for big publishing houses. Mindshadow, Hacker, Tass Times in Tonetown and Borrowed Time were all published by Activision, while Racing Destruction Set, Wasteland, and the Bard’s Tale trilogy were published by Electronic Arts. In 1988, Interplay began publishing their own titles before eventually becoming a publishing house for other developers. Battle Chess and Neuromancer, both released in 1988, were the company’s first two titles to be both developed and published by the company.

The first impression of Battle Chess comes in the form of a colorful title screen. The words “Battle Chess,” seemingly carved from marble, float above two flags. The magenta flag on the left sports a lion, while the blue flag on the right displays a golden eagle. Below, two swords and a knight’s helmet rest just above copyright information and Interplay’s name.

After a bit of loading, the title screen disappears to reveal the chessboard along with a staple of 1980s computer games: a copy-protection question. Before the battle can commence, players must provide a specific move from one of twenty historical chess matches. The moves from these games fill up the last nine pages of the game’s manual. It didn’t take long for pirates to remove the game’s copy protection, although more low tech solutions (such as including a list of all the moves in a separate text file) also worked.

The game begins with an isometric view of a populated chess board, and the graphics, especially for 1988, are quite breathtaking. Almost every chess game that came before Battle Chess presented the board in a two-dimensional view from above, with traditional shapes representing each piece. Here, for the first time, players were able to see each piece’s human form. Pawns appeared as miniature foot soldiers; knights, dressed in armor, stood ready for battle; bishops stood tall, staff in hand; kings and queens stood side by side, ready for the competition to begin. A disembodied hand floats over the gorgeously marbled board, awaiting a player’s opening move.

Once the opening move is chosen, the game comes alive. Instead of pieces simply sliding across the board, each one walks across the board in an animated fashion. Each animation is paired with digitized sound. The knight’s animation is coupled with heavy steps and the clanking of metal armor, while the rooks (which transform into rock monsters resembling Thing from the Fantastic Four) shake the ground with their shattering stomps. Here the Amiga shows off its stereo sound by routing the red side’s audio through one side and the blue side’s audio out the other.

When one piece lands on a square occupied by another piece, it’s time for the two to fight — literally! As a reminder, players have no control over these short battles. Each battle is a pre-rendered animation with the victor determined based on the rules of chess, When a pawn overtakes another pawn, the winning piece hits the loser in the foot before delivering a lethal conk to the helmet. When the queen takes a pawn, she zaps his sword with a magic spell before opening a magical trap door beneath him. When the queen takes a bishop, she blasts away his skin and robes, briefly leaving only his skeleton behind. The biggest joy of Battle Chess comes from discovering each animation.

The tradeoff for all that animation and sound is disk access. Played from an original floppy, the loading times in Battle Chess will try even the most patient connoisseur of chess. After only a few rounds, players will go from enjoying the most common animations to wishing they could fast forward through them. Every move requires a piece’s “walking” animation and sound to be loaded. Battles consist of more loading. While playing from a hard drive or through an emulator isn’t too bad, the game is so slow when playing from floppy that you may forget your well-planned strategy in between moves.

Pressing and holding the mouse’s right-button reveals a drop down menu with four options: disk, moves, settings, and level. Under the moves menu, stuck players can request a suggested move from the computer, while careless ones can roll back their last move. Under settings, players can configure how many humans will be playing, and which color they would like to control. There’s also an option to play Battle Chess as a 2D game with none of the fancy graphics, sound, or animation, which is like adding a button to a Ferrari that limits its speed to the legal speed limit.

Battle Chess was an early adopter of modem play. Assuming two players both owned Amigas (and copies of Battle Chess), they could each set their opponent to “modem,” at which point they could use a pop-up text window to execute Hayes modem commands to connect their machines. (From the manual: “One player must set his modem to auto-answer mode by typing ATS0=1 and pressing the Return key.”) Modem games also allowed players to send single lines of text back and forth, presumably sending notes such as “Hurry up and move!” and “Are you still there?” The manual notes that the game communicates at 300 baud with 8 bits and no parity. This same system also supports local serial connections, allowing chess enthusiasts with two Amigas, two copies of Battle Chess, and a null modem cable to play head-to-head against one another.

(Or, you know, they could just buy a chessboard.)

The most common complaint leveled at Battle Chess by serious chess players is that underneath all the graphics, animation, and sound, Battle Chess doesn’t play a very good game of chess. I suspect that some of those reviews may not have realized that the right-click menu also allows players to select between ten different levels of difficulty. Like Video Chess on the Atari 2600, the higher the difficulty level, the longer the system will think through possible moves and potential outcomes. On the easiest level, the Battle Chess only evaluates the board one time before choosing a move. On the highest setting, the Amiga can take up to 20 minutes before moving a piece. As someone who hasn’t played chess in over a decade, the computer bested me two out of three games on the easiest setting.

The fact that advanced players might be able to beat Battle Chess is mostly irrelevant. Battle Chess is not likely the “chess of choice” for chess clubs across the globe. Instead, it served as a way to make traditional chess entertaining and fun, something it definitely succeeds at.

Battle Chess was released for several computer platforms including the Apple II, Commodore 64, Atari ST and Macintosh, and was ported to the CD32 and even the NES. The game had one sequel on the Amiga, Battle Chess II: Chinese Chess, and another sequel (the futuristic Battle Chess 4000) for DOS. The most recent Battle Chess game to be released was Battle Chess: Game of Kings, released on Steam in 2015. It also inspired a series of similar games, including Star Wars Chess, Terminator 2: Chess Wars, and National Lampoon’s Chess Maniac 5 Billion and 1. And while many of those games were fun, Battle Chess for the Amiga stands as the first and, arguably the best animated chess game.