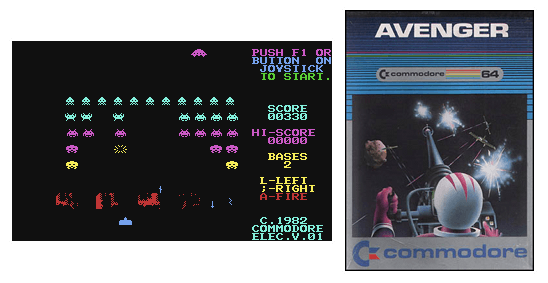 It was a few days after New Years Day in 1985. I was at a school friends house seeing this computer his family had recently purchased. I remember it well because it was January holidays before my first year in high school (shows roughly my age).

This computer was a beige “breadbox” looking machine with dark brown keys. Attached is a cream tape drive and a joystick with a single red fire button on the top. It was a new Commodore 64 computer with a few cartridges. Avenger (a very good Space Invade clone) was one cartridge. International Soccer was another. There may have been more cartridges like Magic Desk or Solar System, but I don’t recall using those.

Another friend also had a Commodore 64 and he wanted to bring over this game on tape. He kept talking about how great it was. He also was keen to bring over his joystick to play two player International Soccer. The game he bought over was the brilliant Lode Runner by Br0derbund. Never had I played such a fun and challenging game on a home system like this before.

At this time my father owned an Apple II computer. We spent most of the time typing in Compute! magazine and Usborne books code or writing word processing documents for my school projects. We had no joystick for that computer until almost 12 months after my first experience with the C64. My parents would say “it’s not a games machine”, but I eventually was able to convince my father to try an SSI game – Wasteland. From there we got Prince of Persia and a few other titles which then made it obvious we needs a joystick – but ultimately the Apple II library was not as vast as what was available on the C64. While I still have very fond memories of the Apple II, both the Commodore 64 and the Amiga have some of the largest software libraries available for any home computer system.

Here are my favorite six C64 games vs their Amiga version.

My sister agrees with me – almost. This was her second favorite game, behind the quirky and rather difficult Henry’s House. The Lode Runner concept is simple, but challenging and fun. Many games have attempted to duplicate this but fail. There is more to this game than running around levels collecting gold, climbing ladders and dodging enemy. There are also patterns and some strategy to learn how to tackle these level designs. This is 8-bit gaming at it’s best. Thank you Douglas E. Smith for making this masterpiece.

The lesser known tape version of Lode Runner consists of only 32 levels. The more common disk version has 150 levels and a level editor. By comparison, the Amiga version is actually quite good. I am happy to play it, even though I prefer the 8-bit versions. It was made by a developer who was more familiar with the Atari ST than the Amiga but it turned out well. Unlike the ST version which changed the games formula – the Amiga version remains fairly true to the 8-bit versions, though with different stage designs. I’d happily play this on either system, but the Apple II version is my favorite of all! 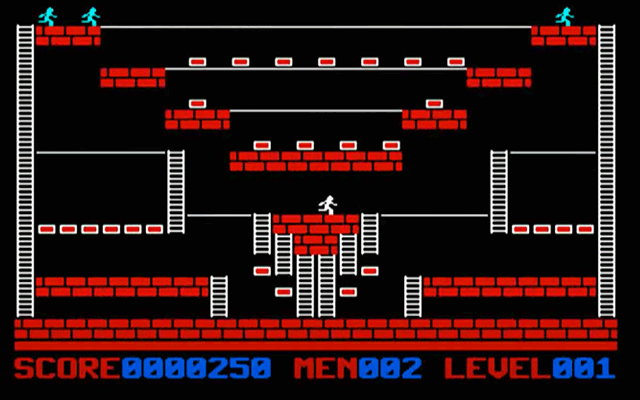 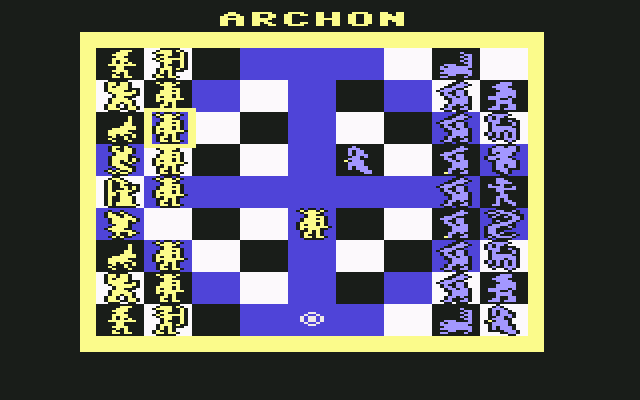 Dark vs. Light. Archon is a chess-like strategy game where you must defeat the opposing side. You can do this by destroying their pieces or by taking control of the five ‘power squares’ on the board. When two pieces ‘meet’ on the same square, a fight is initiated in which only one piece comes out alive. Each piece has their own traits, some much stronger than others, making for a variety of combinations in fights. Some squares change colors and the color of squares influences the abilities of the piece on that square. If you are a Dark piece, you want to avoid the Light squares as much as possible for combat. The opposite applies for the Light side. This is part of the challenge of this game, and is taken into consideration in the combat screens.

This game was published years before Battle Chess and is arguably better because it’s not really based on chess at all. The Amiga version plays as well as the 8-bit versions, but the Amiga version doesn’t look like how you would imagine an Amiga version of this game to look like. A few of the sound effects are mixed up and it looks like it was rushed to complete. The battle area is kind of clunky compared to the C64 version, making this such a wasted opportunity. 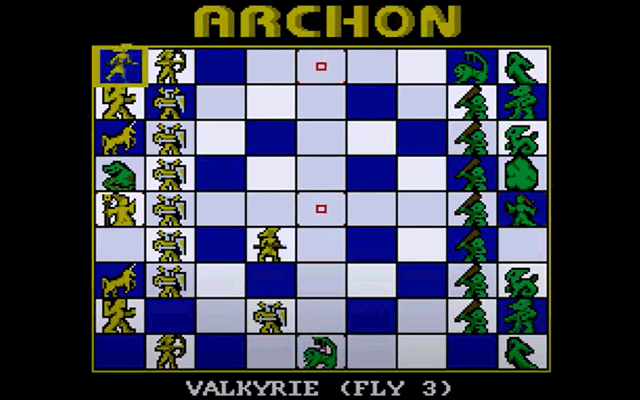 3. Into The Eagles Nest 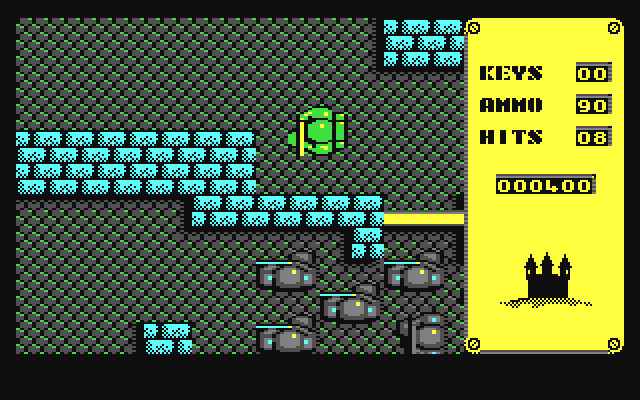 Commodore 64 Into The Eagle’s Nest

Before First-Person Shooting games like Doom and Wolfenstein, we had Gauntlet and Into The Eagle’s Nest. Played from a top-down perspective, your mission is to rescue three hostages captured in WWII. These hostages are held somewhere inside Eagle’s Nest, a German fortress. You must destroy the fortress up once you have rescued all the captives. It is a fast, and sometimes frustrating game, and you must remember to use your keys and ammo wisely. On the Amiga version, I really like the art and sounds but the playability is just not there. It’s probably even harder than the C64 version to play because of this – what a shame! Into The Eagle’s Nest developed my love of top down gaming – which is why I love Amiga titles like the Alien Breed series, Super Cars II, Sensible Soccer and The Chaos Engine. 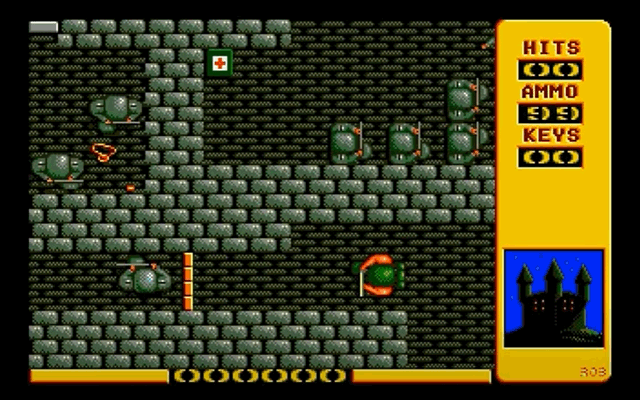 Amiga Into The Eagle’s Nest

4. Curse of the Azure Bonds 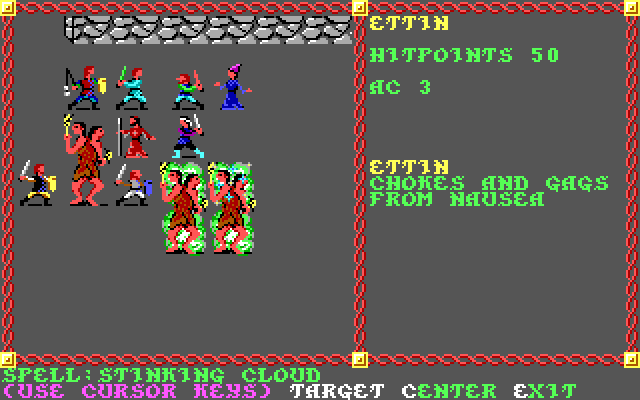 Commodore 64 Curse of the Azure Bonds

The second game in the AD&D Forgotten Realms series, Curse of the Azure Bonds is one of the best 8-bit RPGs I have played. You construct a party of up to 6 players, using different ‘races’ and skills eg. Human Cleric, Elf Mage, Dwarf Fighter etc. and you guide them through the Forgotten Realms. Your goal is to search for the magical Azure Bonds. If you have played it, you no doubt would remember the Drow in the Castle, the Black Dragons and the Bits O’ Moander. An addictive and inspiring RPG for those who like this type of game. There is not a lot of difference between the C64 version and the Amiga version, and some art looks to be very similar, but mouse play is the key difference. The music is much nicer on the Amiga but it doesn’t have that SID CHIP charm and white noise. Overall, I prefer Curse of the Azure Bonds on the Amiga, purely because of the mouse. 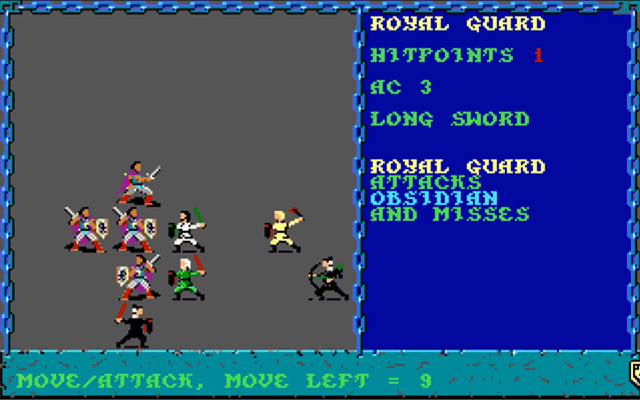 Amiga Curse of the Azure Bonds 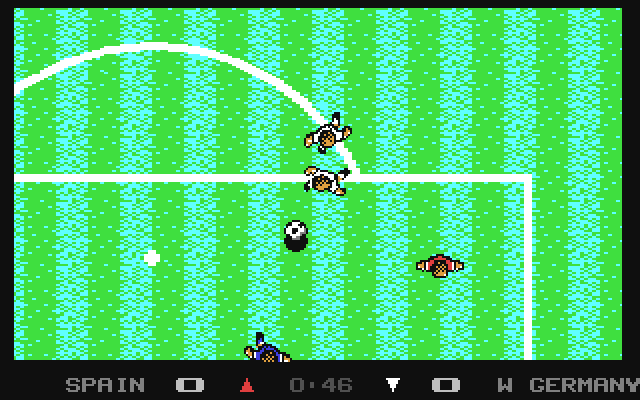 This was the forerunner to the great football game Sensible Soccer. This game changed the way football games were perceived and still stands up quite well today. Microprose Soccer included features never before seen in football games at that time. It was the first game to use after-touch, allowing you to swerve the ball after kicking it. The field view was a top-down bird’s eye view, allowing you to plan passing moves and defend more effectively. This was also the first football game to include bad weather! The Amiga version of this game is a little slower and not as fluid as the C64 version but it still plays well. I suspect the developers had not yet mastered the Amiga system at this time. I think I prefer Microprose Soccer on the C64 but Sensible Soccer on the Amiga is the much better Amiga game. 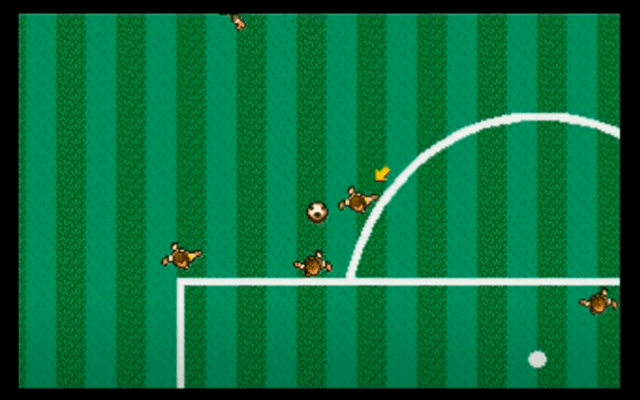 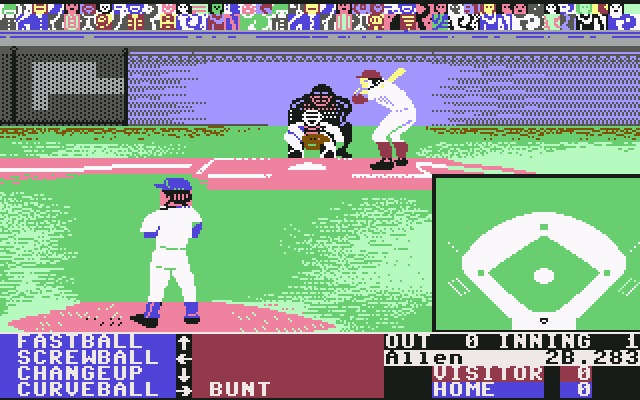 Those who know me know I am a baseball nut. HardBall! is easy to play and has decent graphics – making this fun even for people who don’t really understand baseball. The game offers a behind pitcher view similar to how you see the game on TV. When pitching, you push in the direction indicated to select that type of pitch, push the fire button and then select the aim position of the pitch over the plate. The batter attempts to hit the pitch by pressing the fire button or by pushing right and pressing fire to bunt. Fielding is easy too, just move towards the ball and push in the direction of the base you want to throw to while pressing fire to throw to that base. Unfortunately the Amiga version is slower and the animations are also quite jerky. The sound and audio is vastly better on the Amiga version – but HardBall! is easily better on the C64. 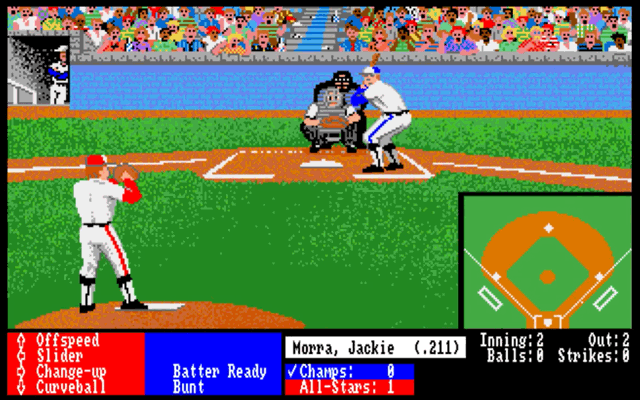 Lastly, the Amiga did not have a version of the original Impossible Mission – a game I would have included in this list above. You are Agent 4125, sent to crack the secret code of Elvin Atombender who is planning on destroying the world. You guide Agent 4125 down elevator shafts into rooms, exploring them for clues and lastly combining these clues to form a code word. Amazingly smooth gameplay and one of the first 8-bit games to offer decent digitized speech. I really like this game on other systems I have played it on, including the Apple II – but the Amiga attempted sequels to this game and it changed too much of the formula that made this game a classic. 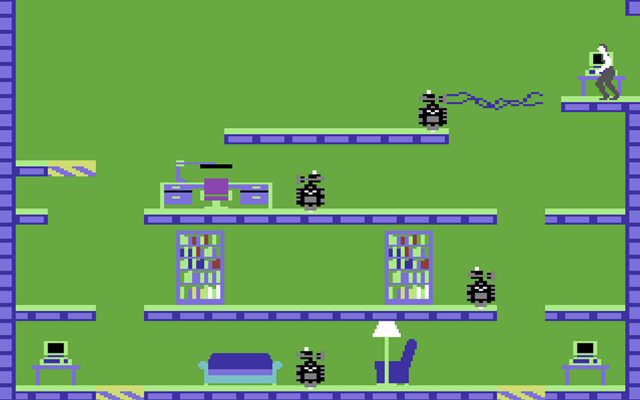 I’d be interested to hear from others which C64 vs Amiga games you are familiar with – and whether you prefer the 8-bit or the 16-bit versions of these games.