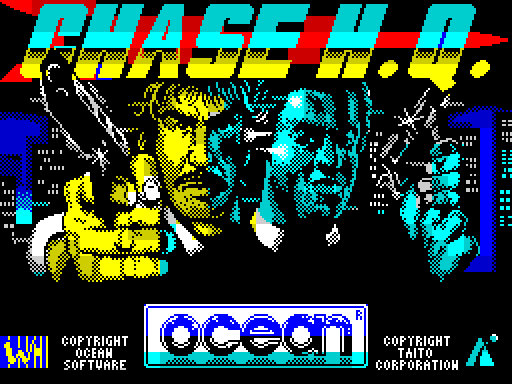 One thing to come out of the fact that everyone is locked down in their homes is that it gives you lots of time to mull over old ideas.

During a time of dwindling work opportunites I thought about doing some customizations to Chase HQ by changing the criminal portraits that appear at the end of each level. I had tried selling some of my work before but interest for this was below average, which is fair enough. Now that there was a global crisis I thought that I could donate the proceeds to charity to help fight the spread of Covid-19, so I set to Twitter to see how the land laid.

Orders were slow but steady so I started looking at how I could streamline the art process. One major advantage was having Photoshop which as you would imagine we didn’t have back in 1988/89. I found it quite easy to take a photo supplied by a generous donor and change it into a ZX Spectrum graphic. One drawback was that the portrait size was only 32×40 pixels, not a lot of space in which to add detail.

Once I had a process to get a rough outline of the face I would start to add detail to the picture, that’s when I realised I had another massive advantage that I didn’t have back then, a mouse! I couldn’t believe that back in the beginning of my career I would be adding pixels manually using the keyboard, the usual QAOPM setup I used for playing games. No wonder games took so long to produce back then, it was probably 1990 before I got my hands on an Atari ST and a couple of years later, a PC for creating graphics with a mouse.

Once I had a monochrome, black and white version of the portrait it was time to add the color. With Photoshop I could add the character colour as an extra layer above the black and white image and if I wanted to add a different ink color I could do that on another layer aboce that. I also discovered that by adding a layer of black on top and reducing the opacity to 50% I would then have the ‘Bright 0’ setting for the graphics, this way I could cut holes in the black layer where I wanted the ‘Bright 1’ to show through.

Going back to Chase HQ was quite sobering, I had no idea I had the patience to draw graphics on the ZX Spectrum just using a keyboard, if I had today’s tools available I’m sure we could have developed twice as many games.

Interest for these screens increased as I began to post the completed ones on Twitter and as of today I’ve managed to complete 50 screens and collect almost $540 for Covid-19 charities. Thanks to everyone who contributed to this project and here’s a look at some of my favourites. 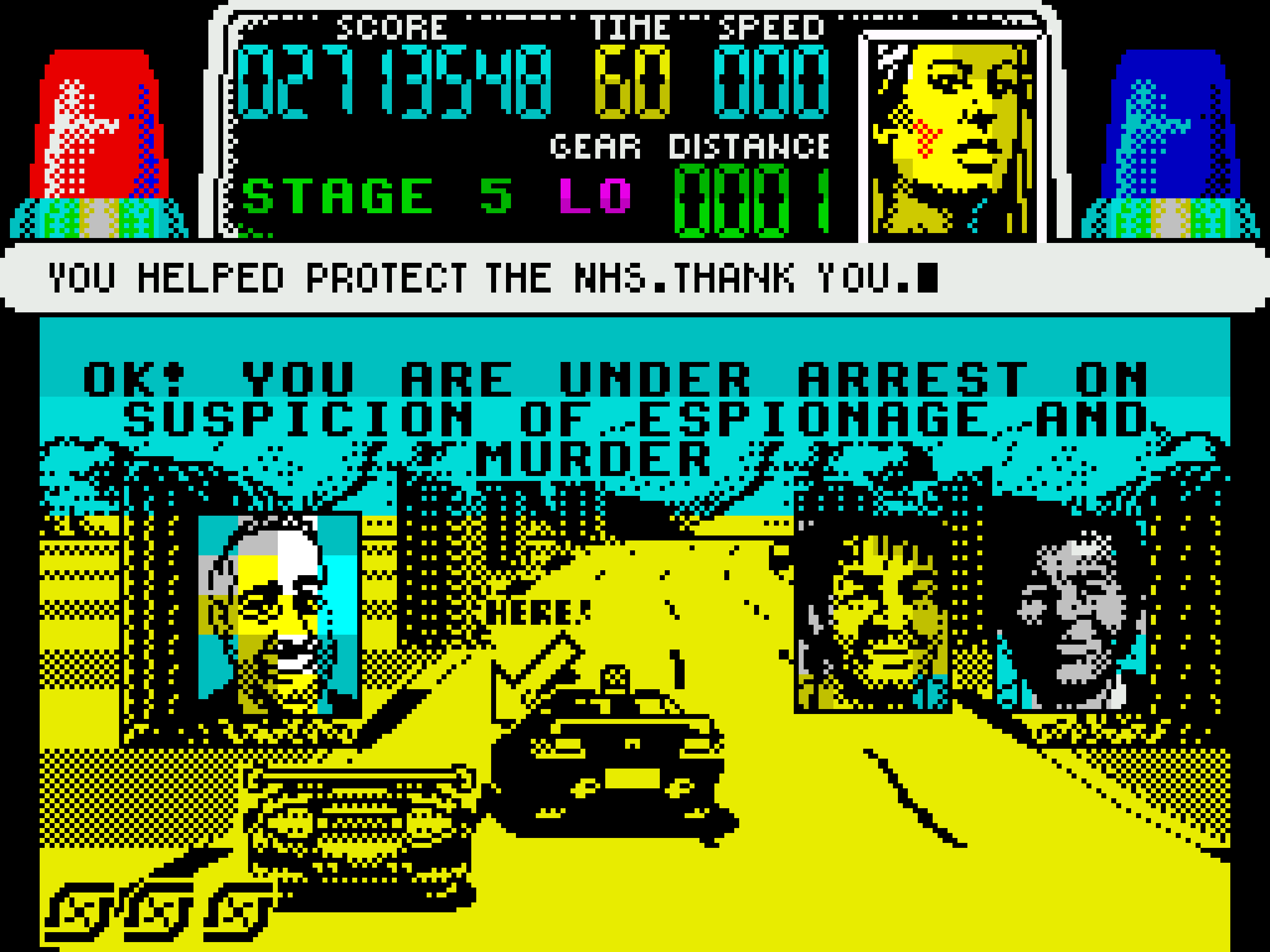 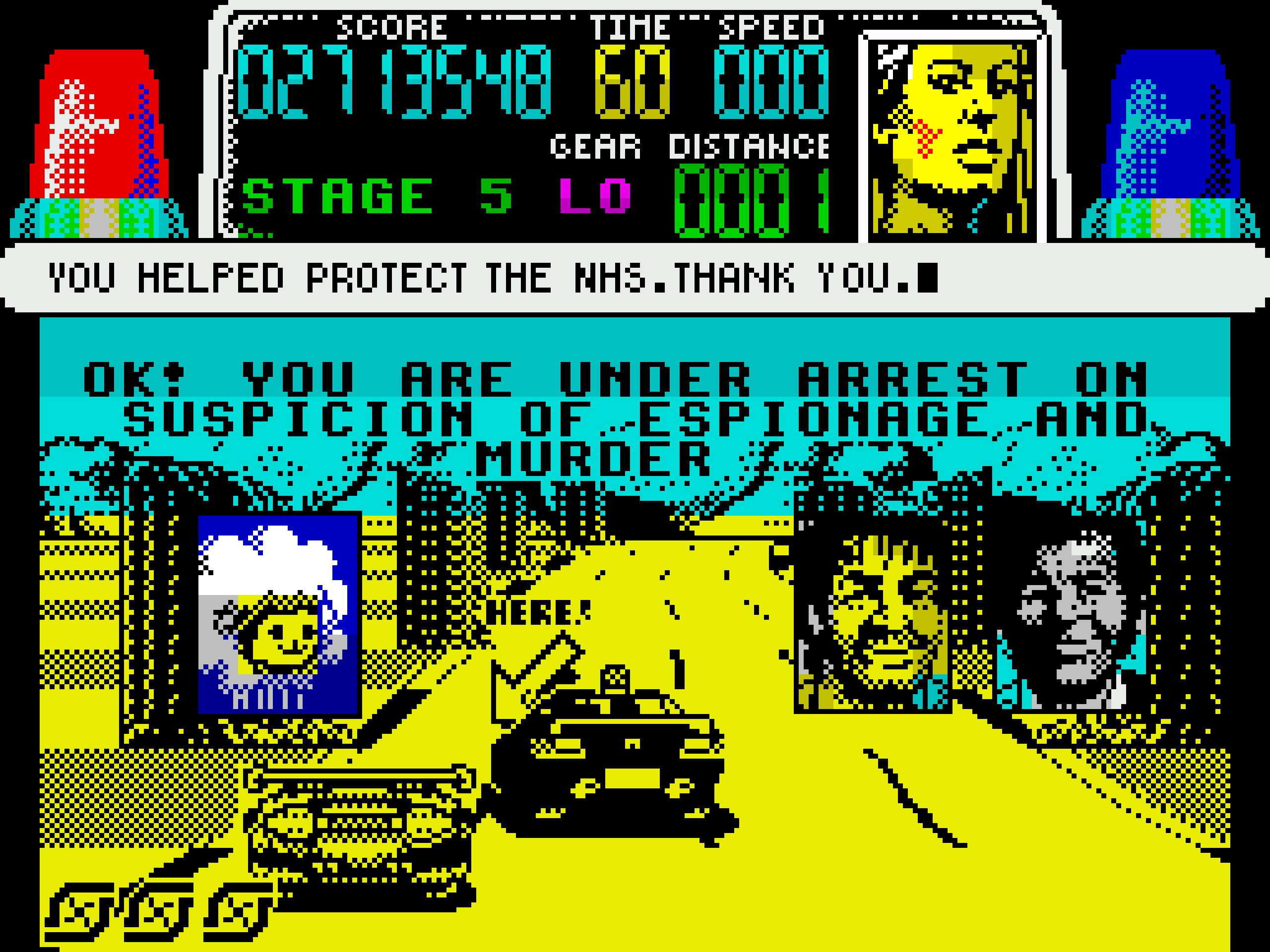 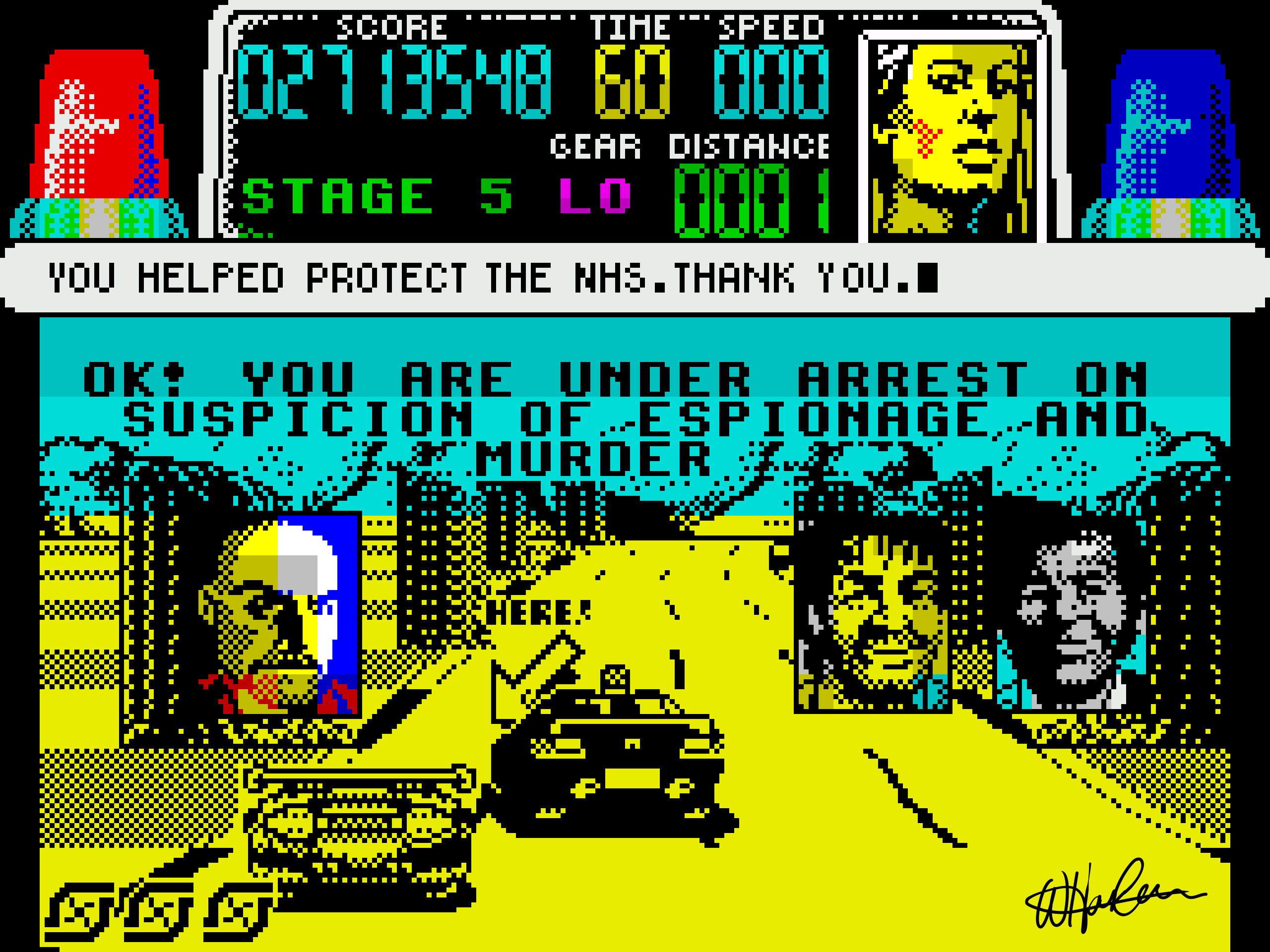 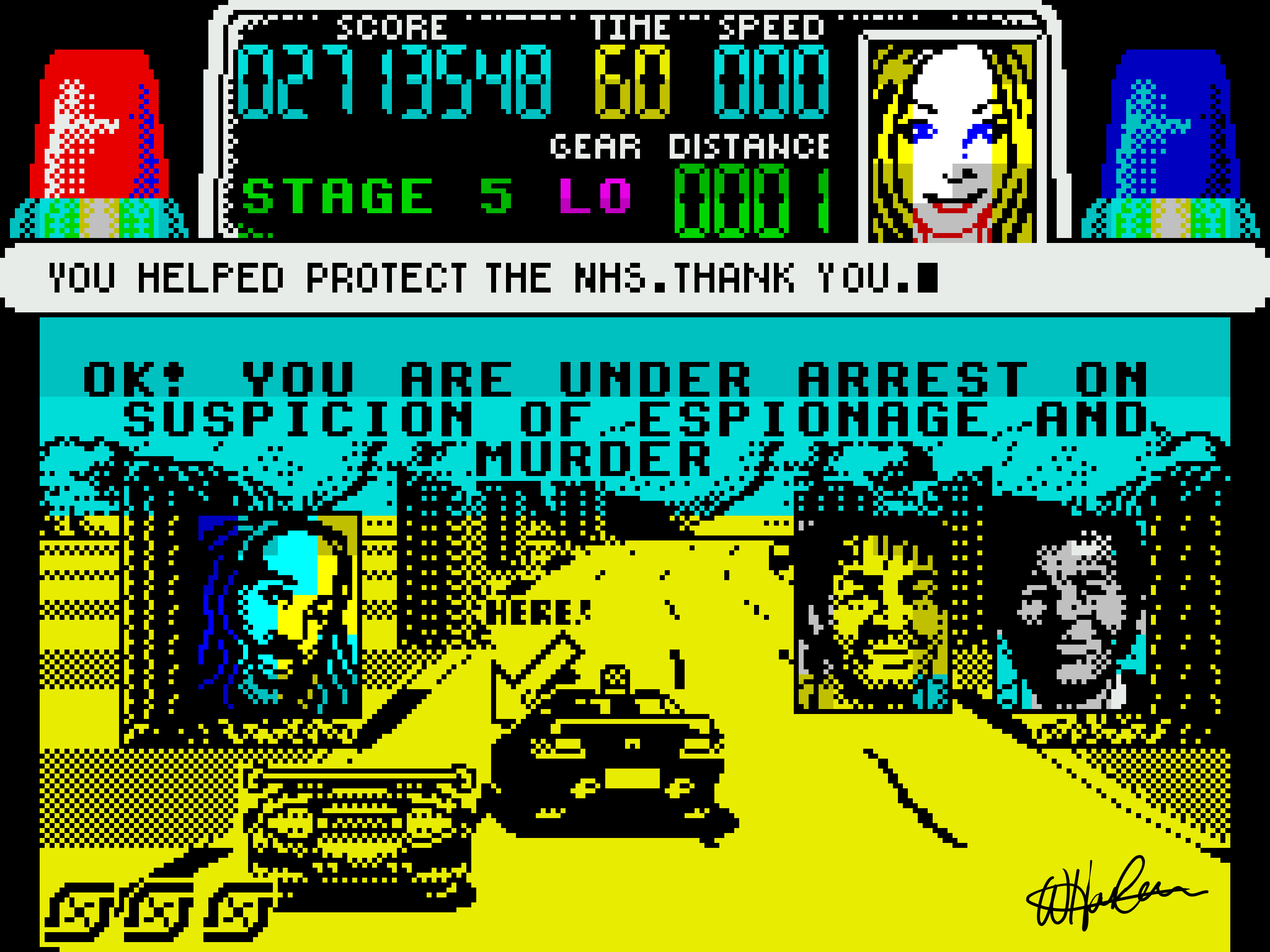 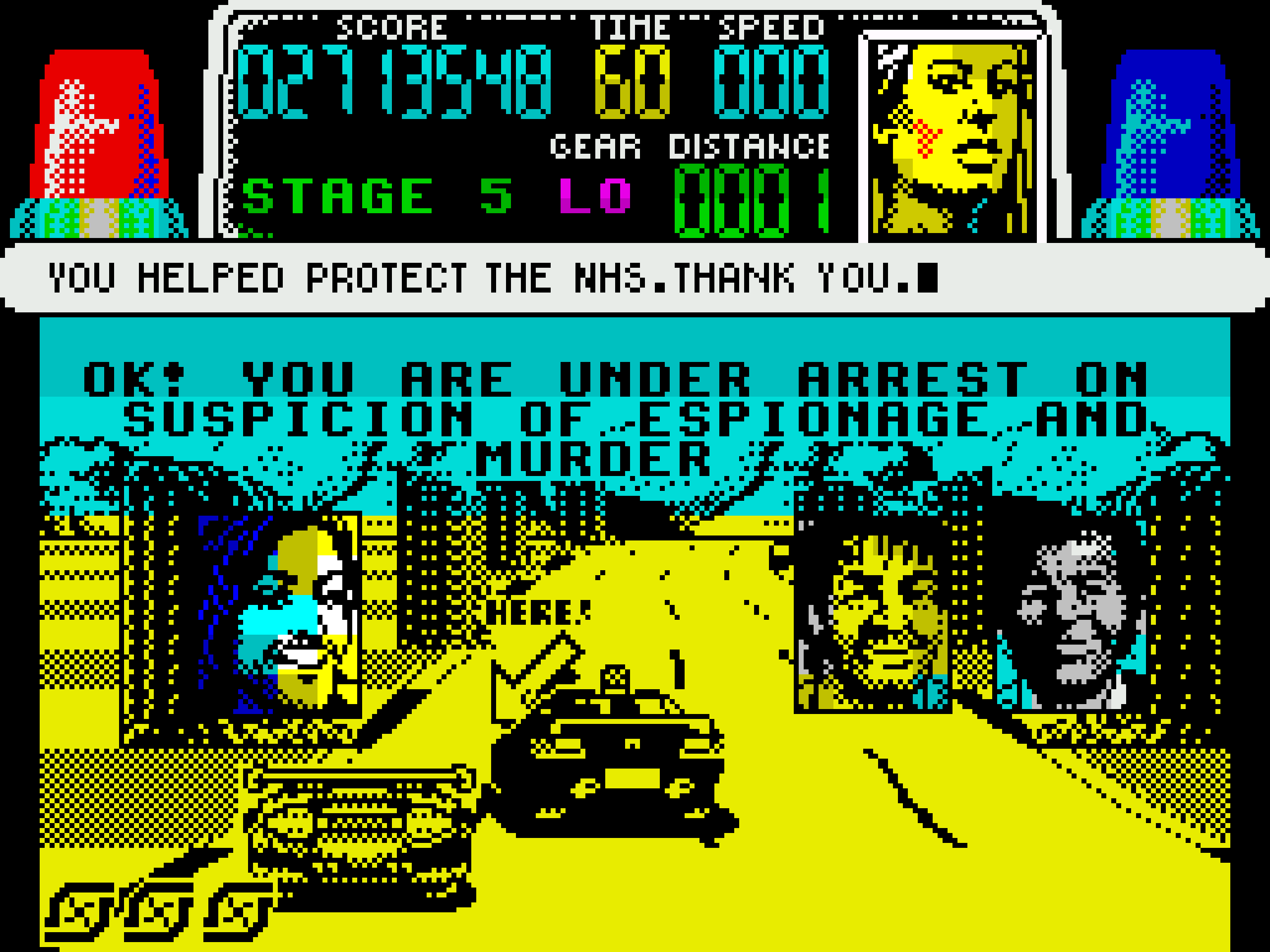 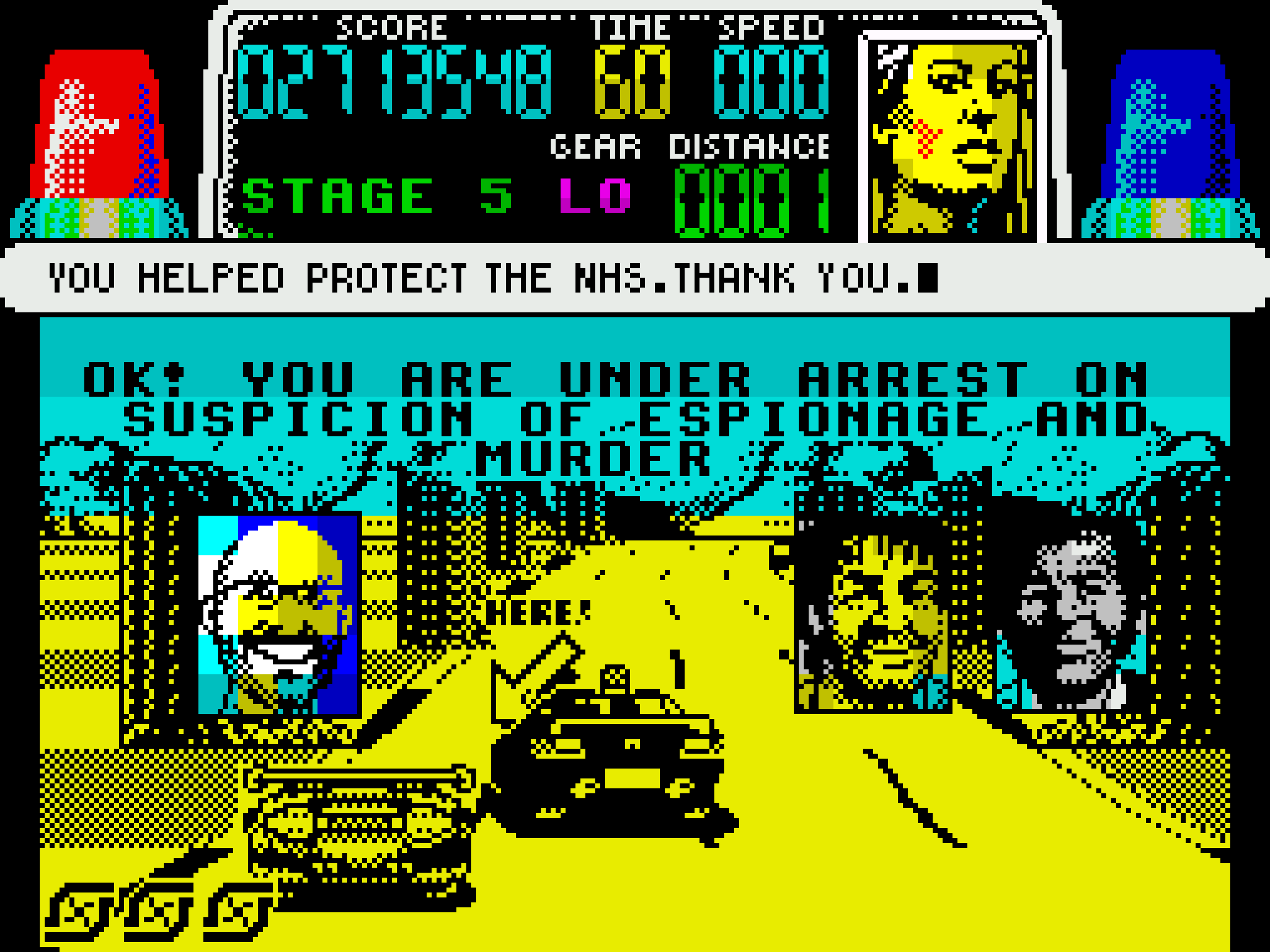