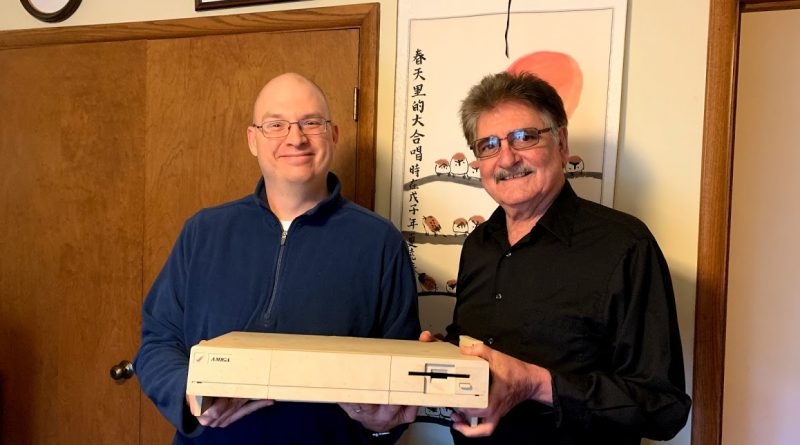 Since we started recording Amigos in the summer of 2015, the Amiga 1000 has always been the Amiga I knew I wanted. It checks all my boxes: composite output, built in power supply, keyboard garage-it’s really got it all. And with a RAM expansion it can play 95% of the Amiga games worth playing. But they’re so expensive, I never thought I’d be able to get my hands on one. 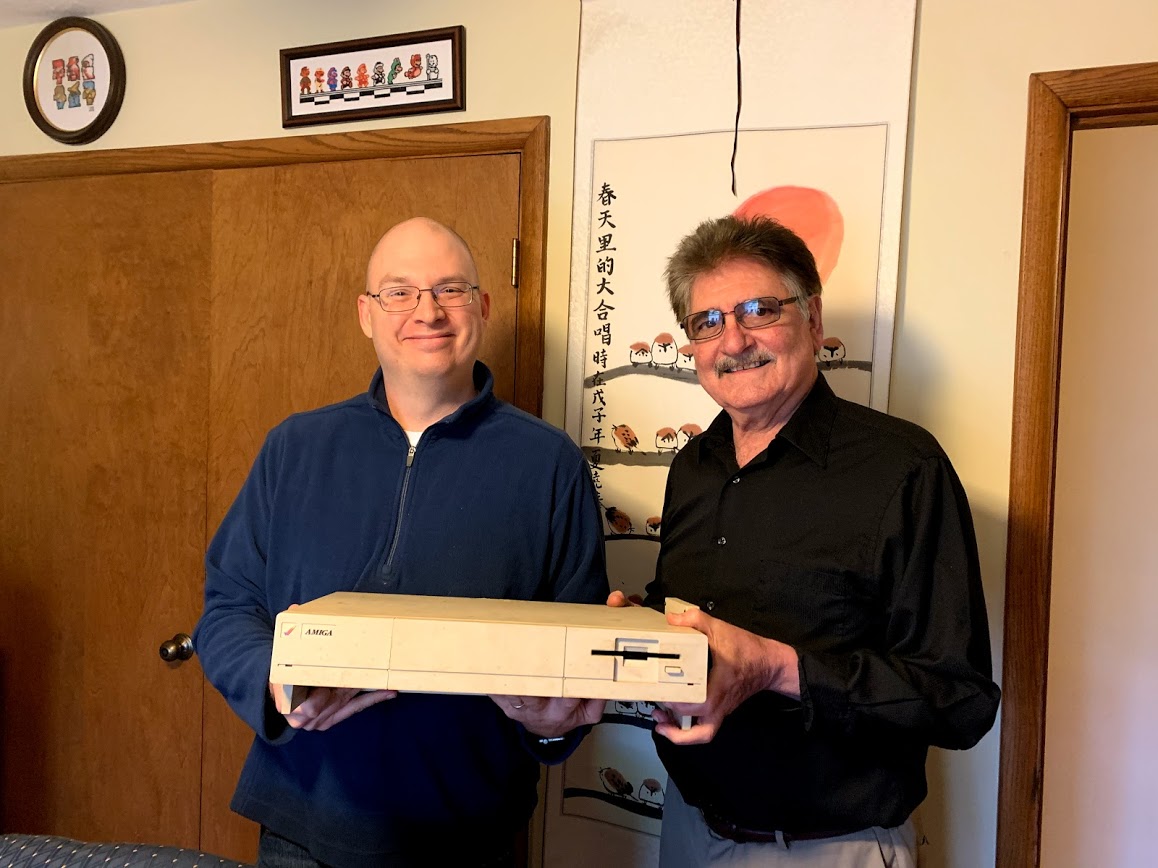 My uncle Bill had dropped a few hints over the past few years that he had an Amiga in his basement, but I was never sure if a) He actually did or b) What kind of Amiga it was. I never would have expected in a million years it was a 1000!

That winter we fired it up for the first time at the Teays Valley Classic Computer Club, and while I was ecstatic that it powered on and appeared to work, it was clear that there were some isssues with the floppy drive. Today, I decided to cast fate to the wind and open this baby up and attempt to fix the drive. 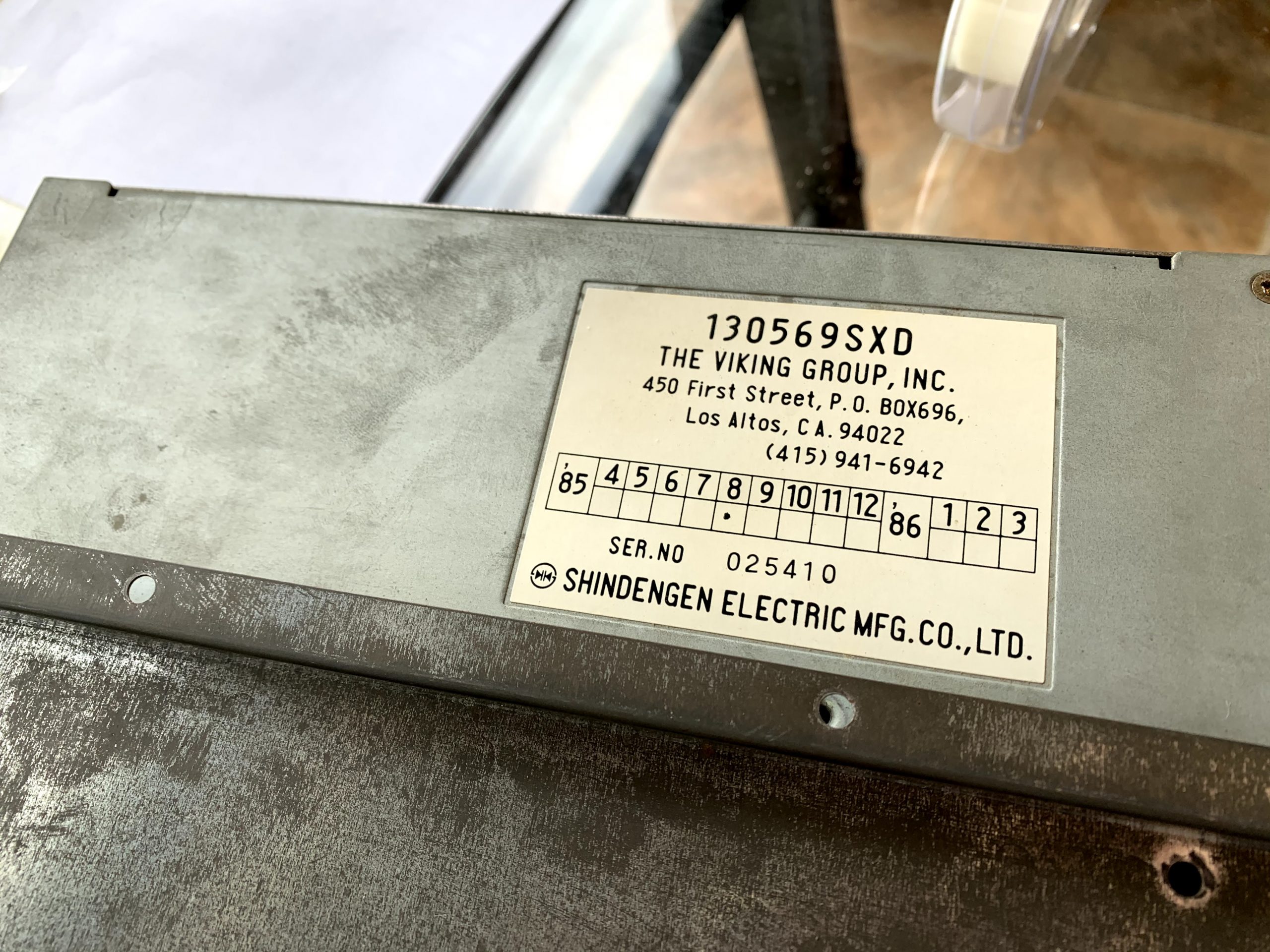 Looks like this was a pretty early model number on the shielding. 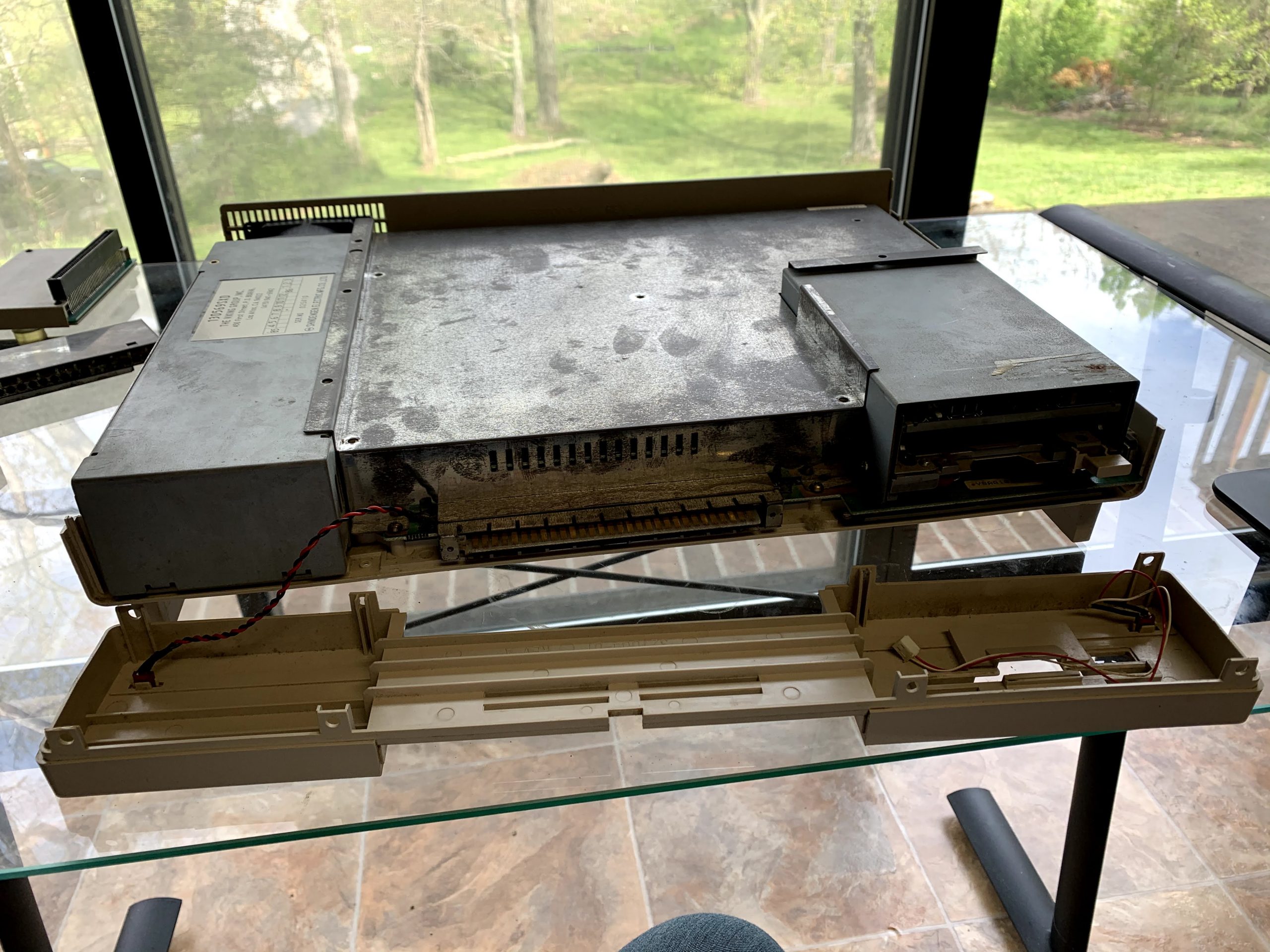 The shielding itself is pretty massive. I don’t know the story of why it is like this–maybe because the cover is plastic and PCs had metal encasings that worked as shielding? Speaking of plastic cases… 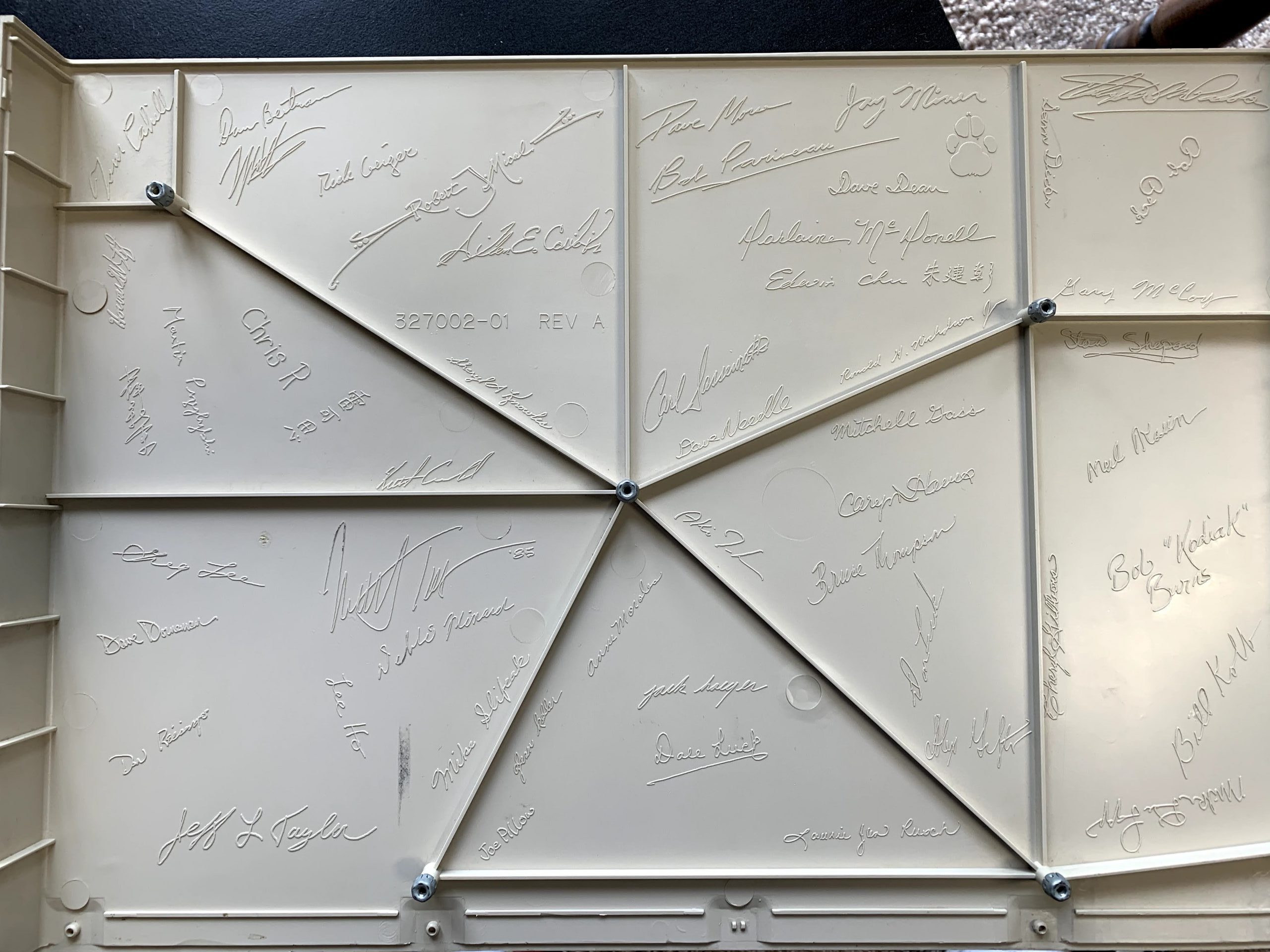 Still makes me happy to see this. Not quite as impressive as the signatured embossed in the metal case of my Mac Plus, but still pretty rad.

So I got the shielding off and was struck by my first view of the motherboard. 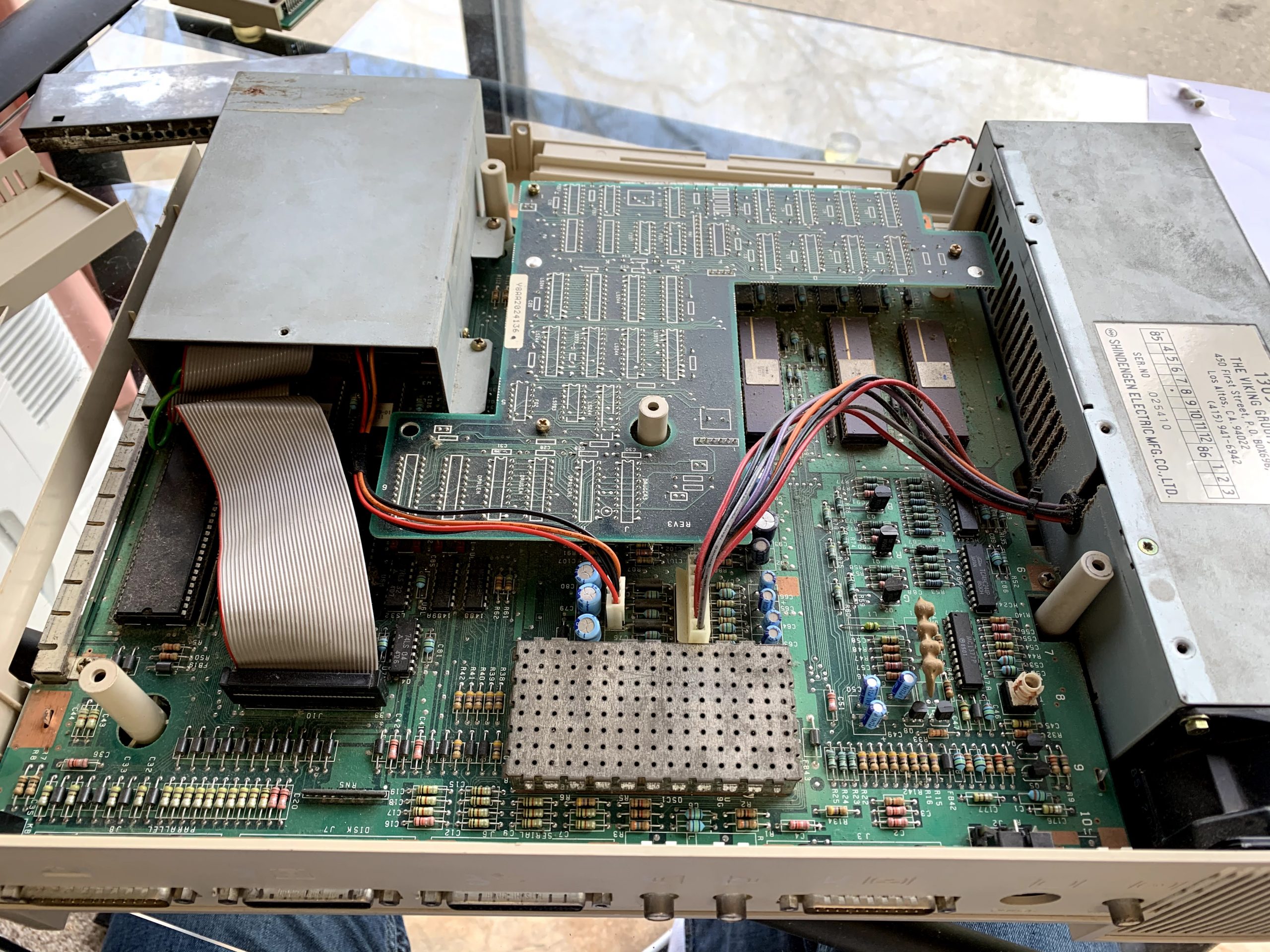 Everything looked relatively clean, though I did take out my new anti-static brushes and give the boards a once over with a shop-vac hoovering up above, RMC-style.

Next up, time to disconnect the drive and take it off the board. I was a little surprised I needed to take the enclosure off the board to take out the drive, but you’ve gotta. 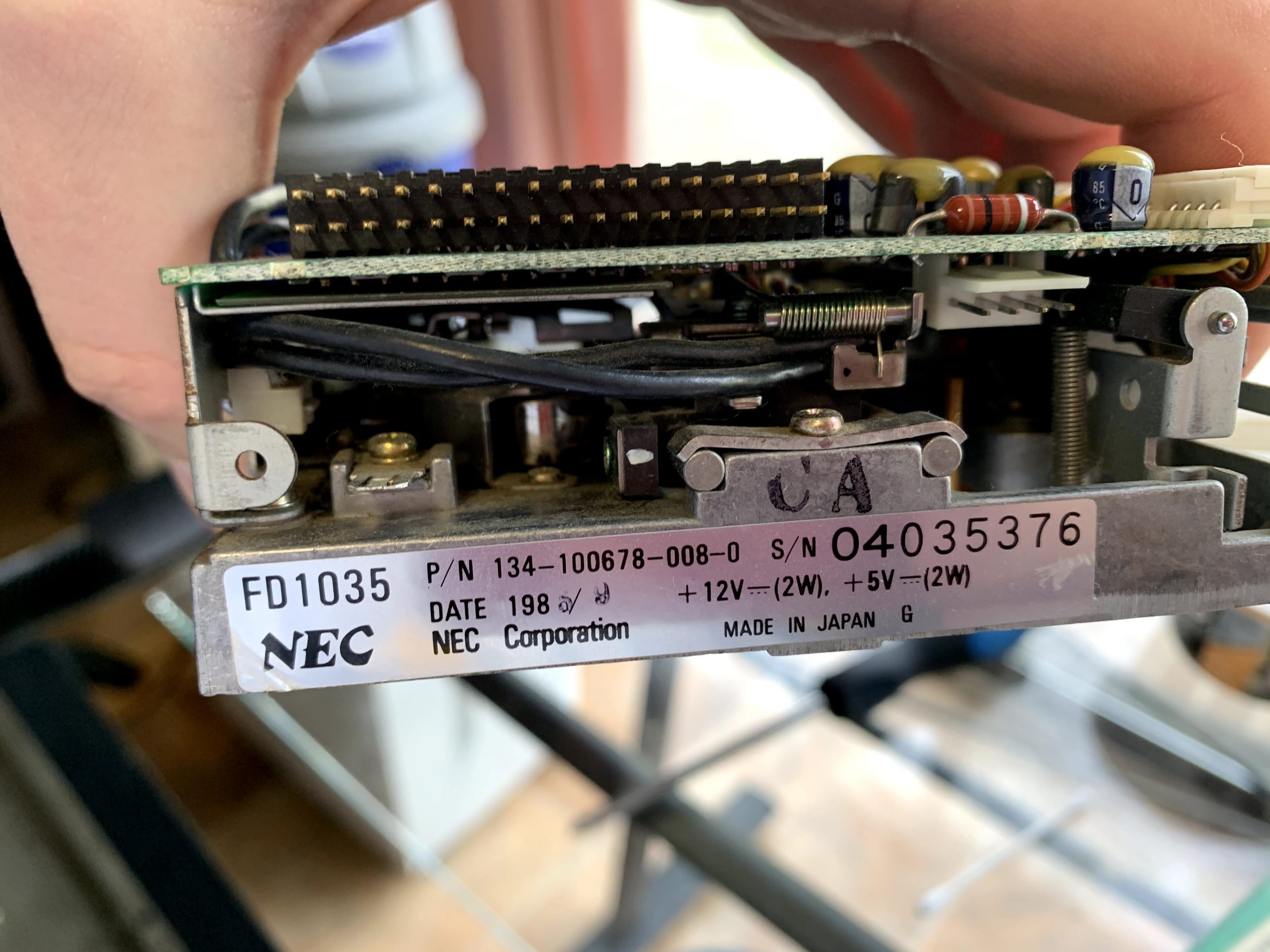 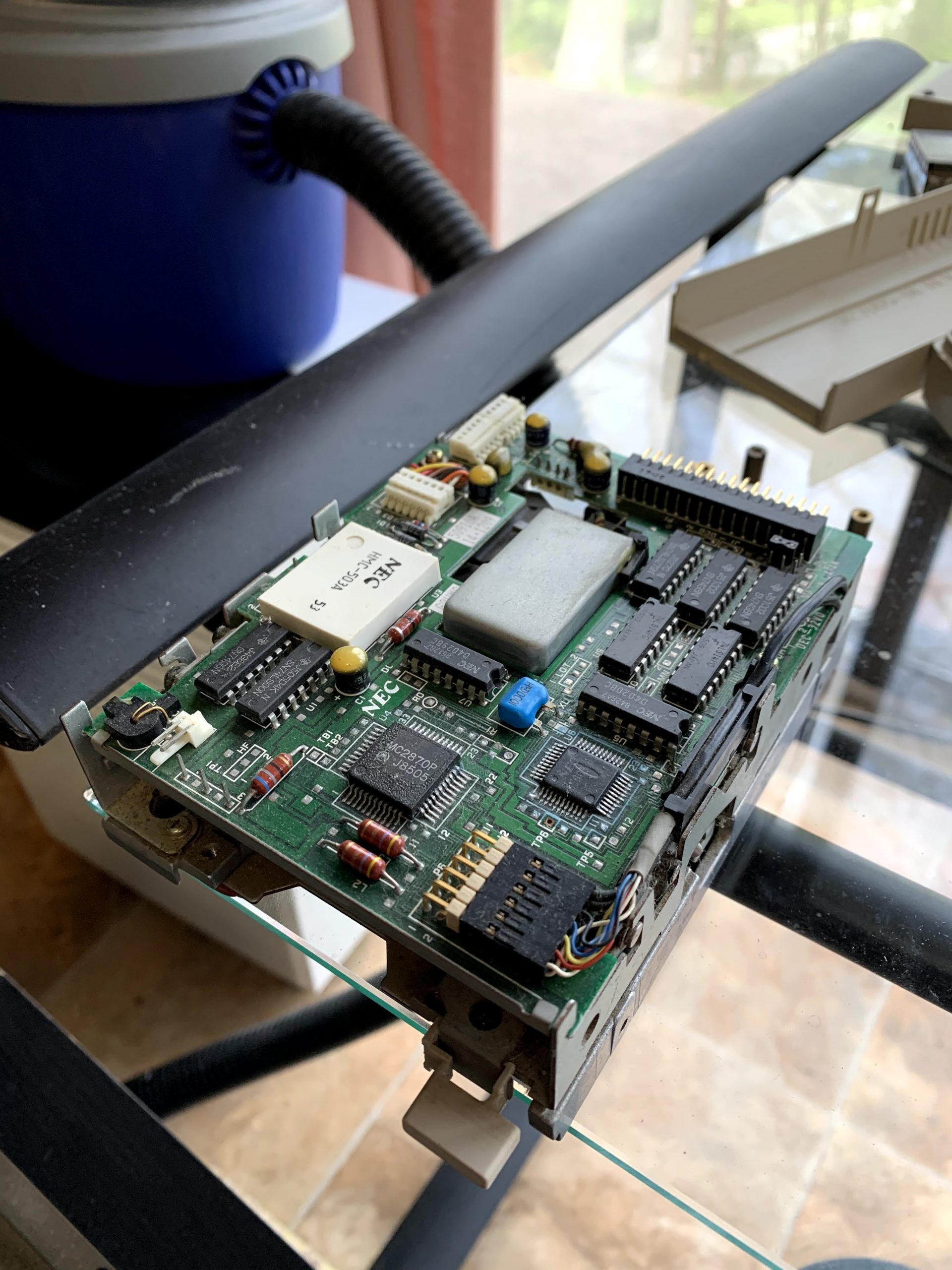 It’s an NEC FD1035, one of the many different floppy drives found in 1000s. There is almost no information online about this particular drive, and no instructions on how to get to the head or stepper motor. They appear to be locked inside, inaccessible after assembly. Disappointing. I guestimated the location of the read/write head and gave it a few blind swabs with a q-tip, but that was all I could do. There was no way I could possibly inspect or grease the stepper motor. Anyway, with all that done, I put everything back together! 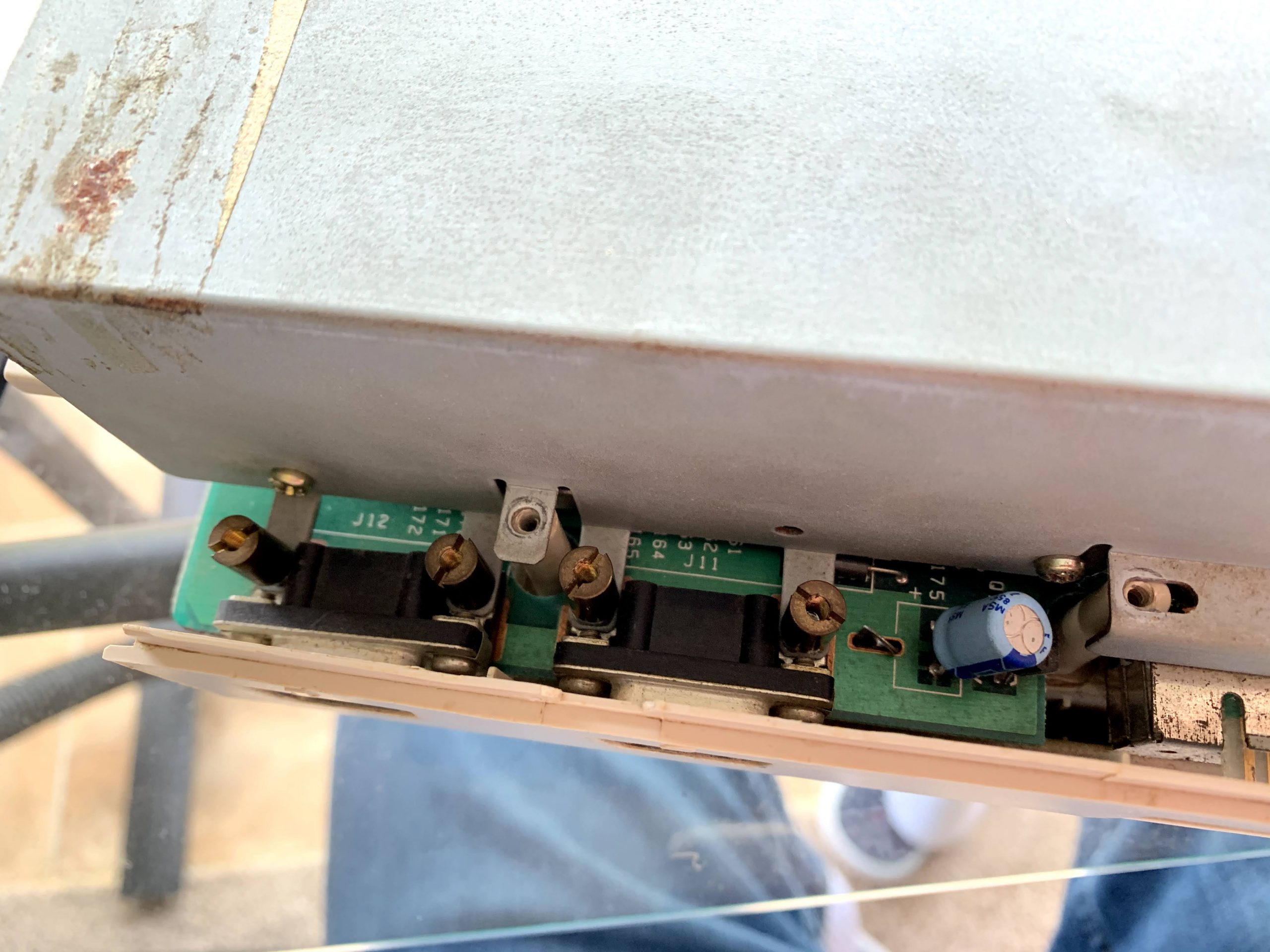 Oh, I did notice these crazy screws. They’re weird. Anybody know why they’re here and why they used this type?

So I located my 100% official and legit copy of Kickstart (thanks Aaron!)… 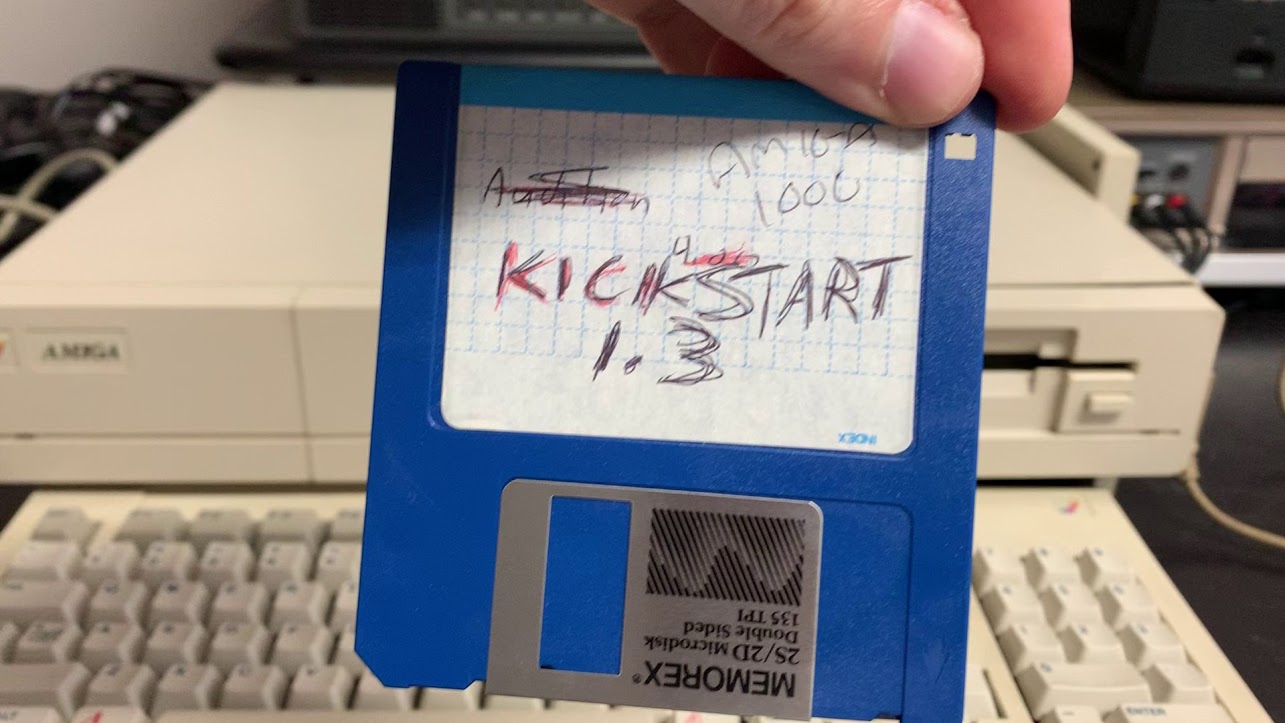 And fired her up! 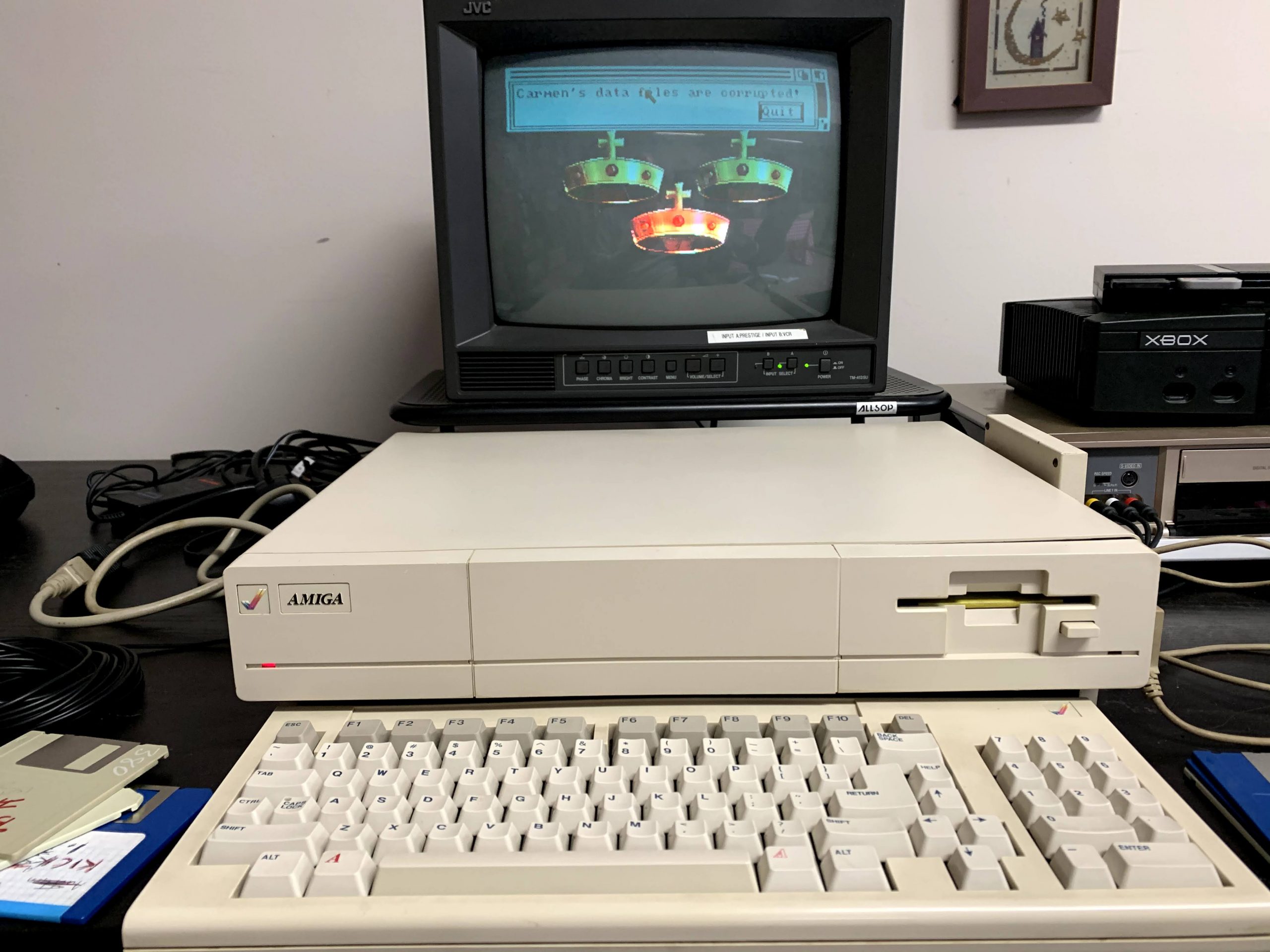 Unfortunately, the same problem persisted. It appears that the floppy drive can read the first sector of a disk, but it just can’t read any others. I can load the beginnings of several games, but they always result in a crash.

So what is next? I want to keep this Amiga stock (with the exception of the 2MB expansion it came with–it’s next to useless without it) so a Gotek or a ACA 500 is not in the cards. At this point, I think I’m going to shop around for a replacement floppy drive. Do you have any suggestions on a particular one to look for? Let me know in the comments!