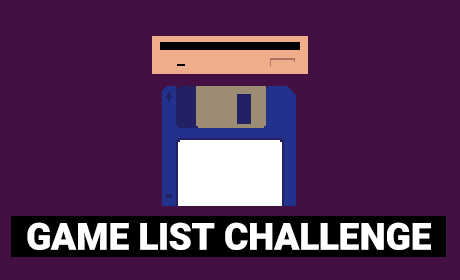 I am about to embark on another work trip to South Africa and while I am away (and to give me more time to prepare some other posts) I thought I would prepare a challenge for the Amigos Community. I’m going to challenge everyone to write a list. “Not another list post!”, I can hear it now but this one will be a little different I hope.

I did briefly mention this on the Amigos Discord server but it was effectively drowned by other posts. What I found interesting about making this list myself was looking back at many of the older Amiga games I had never played or forgotten. Many of these have now been added into the Amigos Game Selection Committee (AGSC) suggestion list.

My hope is this helps the AGSC find and select some more “hidden gems” like Push-Over – and I know that everyone has something to contribute – but will you?

Rules for this challenge

2. You can only select one game per year. Be ruthless!

3. List the games genre, as well as the publisher and Hall of Light link ID if you know it.

4. Optionally list up to 12 more Amiga games you were forced to leave off of the main list that you also really enjoy.

My Amiga Game of the Year Selections

12 Other Amiga Games Worth Trying

Feel free to post your list in the comments below, I am really keen to read your responses!

6 thoughts on “My Challenge To The Amigos Community”