This was our first time at the Solskogen party, although it’s been held annually since 2002. We both dropped out of the Amiga scene in the late 90s and stopped going to computer events entirely by the early 2000s. A few years ago we started searching our attics and cellars for our Amigas, dusting them off joining Facebook groups and listening to retro computing podcasts. Solskogen 2018 was our first demo scene party for at least 15 years.

Solskogen was started by people who were annoyed that major party events, like The Gathering and Dreamhack, had  turned into gaming competitions and that lost their creative aspect from early 90s. This year’s Solskogen had a record attendance of around 150 people, which is the maximum number that can fit in the venue along with their gear. It was actually pretty cramped at times. People had brought various retro computers (mostly Amigas), synthesizers and other music gear, as well as modern laptops, drawing tablets and other equipment. 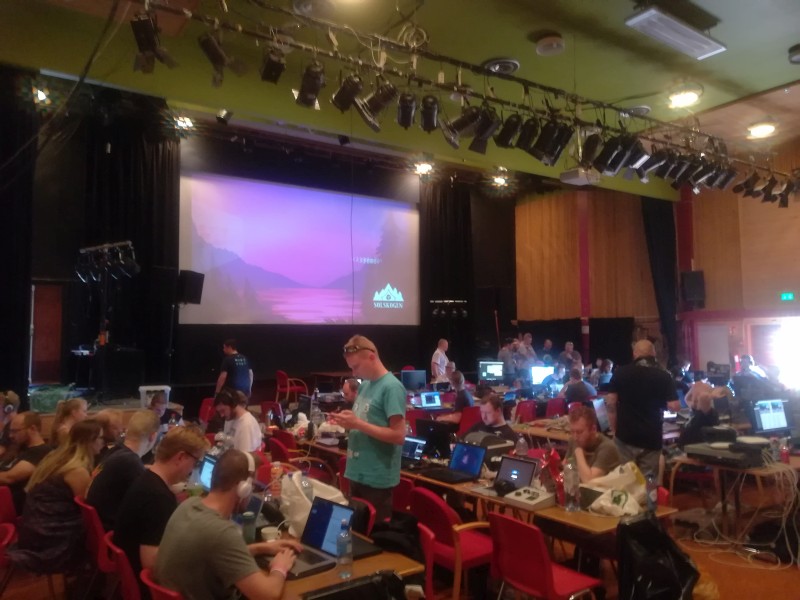 The setup was instantly recognizable from back in the day, apart from the prevalence of laptops, and the fact that the average age of the attendants were closer to 40 (as opposed to 16). The atmosphere was very nice and friendly, with lots of people to chat about Amiga with, and quite a few whacky, souped-up machines. Amongst the Vampires, there were also an A1200 with a 060 overclocked to 85 MHz (with huge spacers underneath, a fan to dissipate the heat, and a lab-level PSU), and a fully kitted out A4000 with 060 and Retina GFX card. 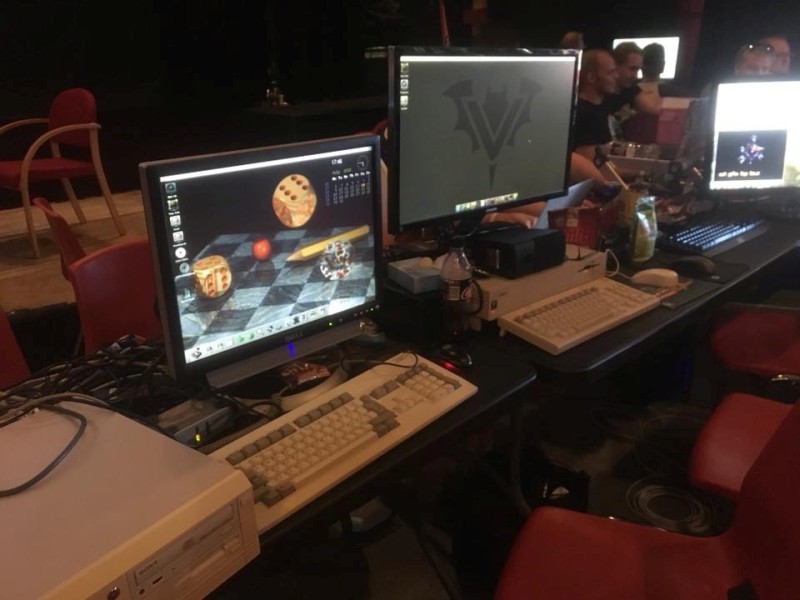 Saturday night dinner was included (courtesy of sponsor Fusetools), a nice tradition unique to the Solskogen party. Traditionally they host a barbecue, but since Norway (and Northern Europe in general) has had unusually hot and dry weather all summer, all open fires near woodlands are banned. Solskogen (the name literally means “The Sunforest”) is particularly aptly named in that respect, so the organizers had to cook several hundred burgers in the venue kitchen instead. An impressive effort indeed!

Other features (which we were also told were traditions) were free waffles served half way through compo night (with the ubiquitus Norwegian brown cheese), and a rave dance with DJ while waiting for the results to be announced. 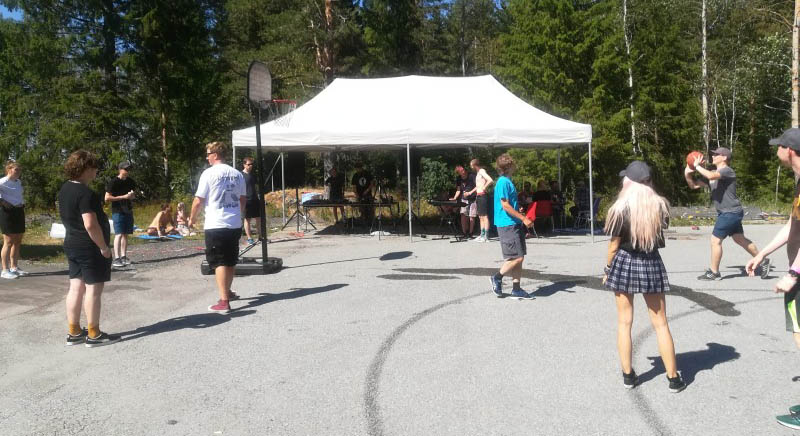 The organizers had set up a C64, an i5 PC, an A500 and an accelerated A1200 to run the compo entries on as required. As common in this type of event all compos were displayed/played on a big screen projector and a powerful PA sound system. Winners were decided by an online voting system. 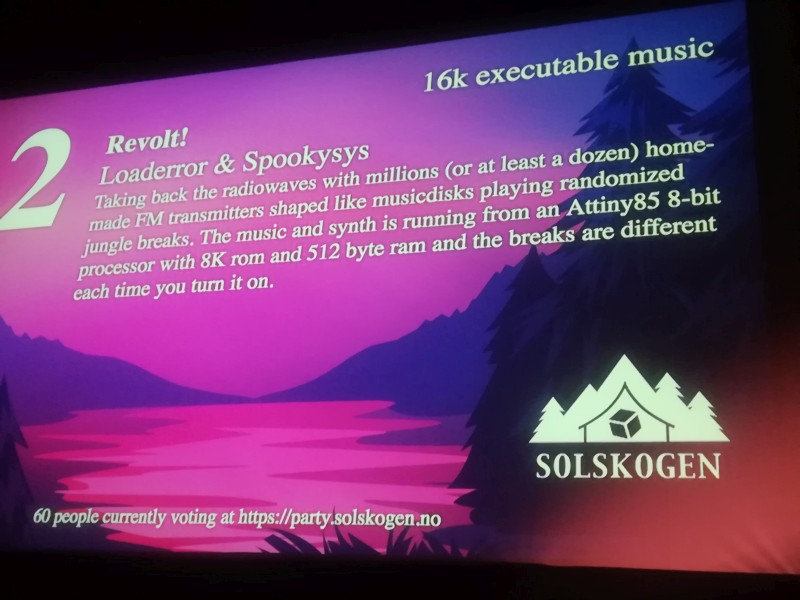 The compos were (in order of appearance):

Logo (Create a logo for your group, handle etc.)

Combined 4k/64k intro (All of the above allowed!)

Here are the Solskogen results and you can download the party productions here. 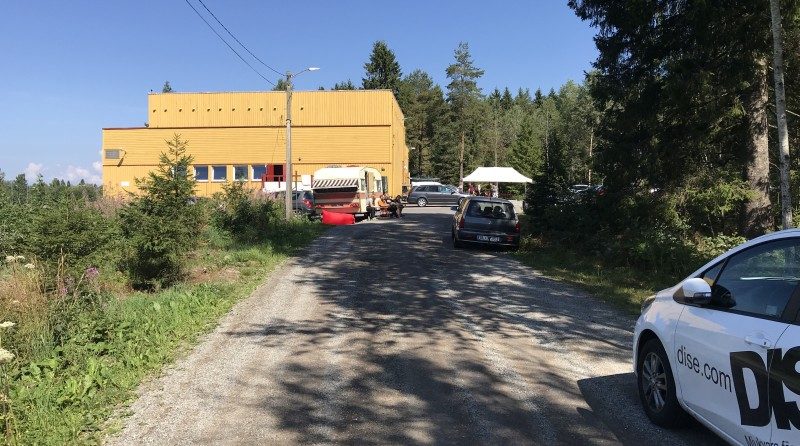 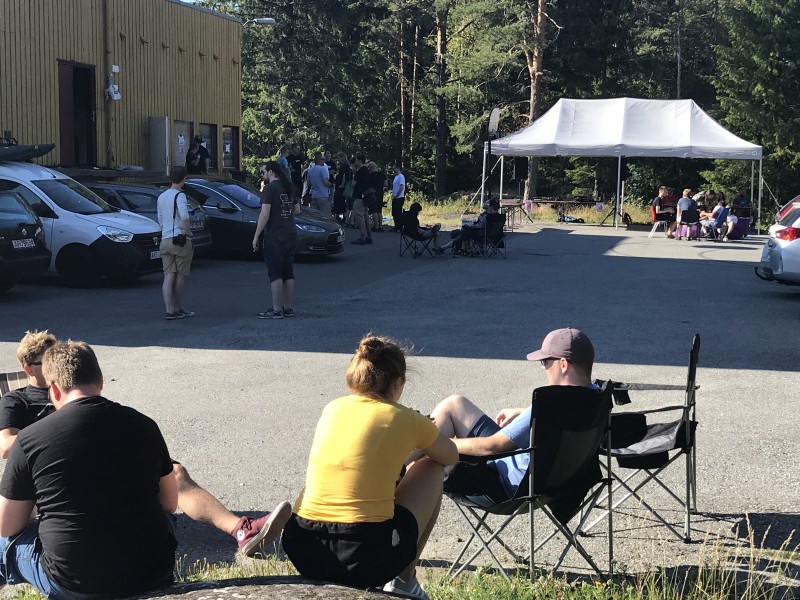 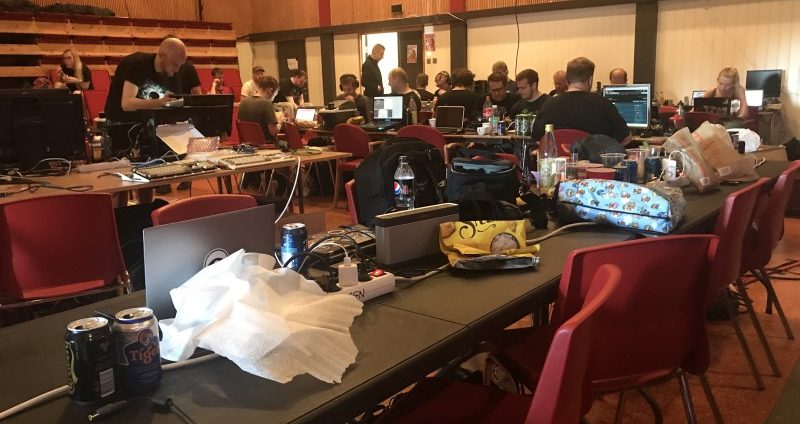 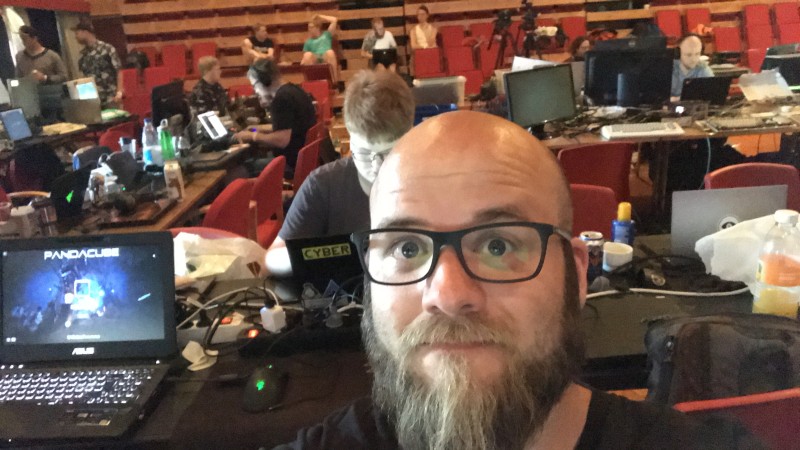 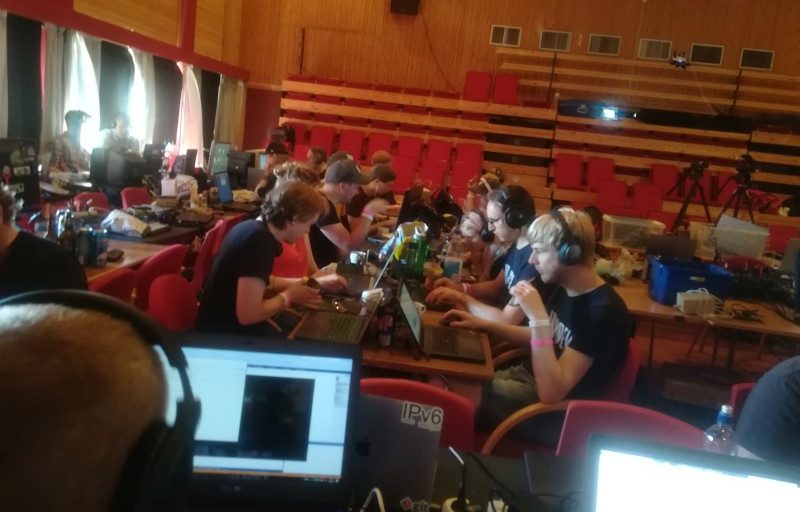 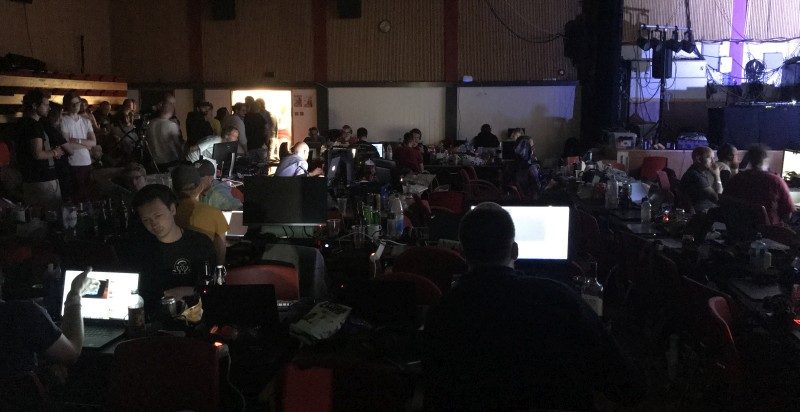 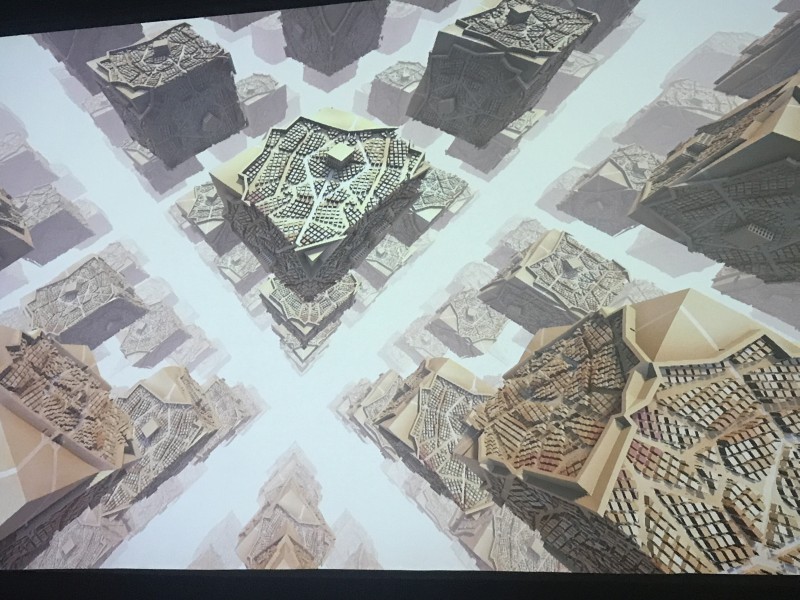 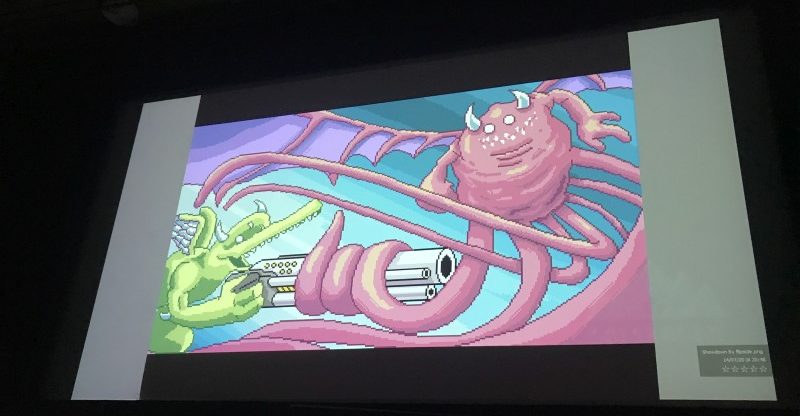 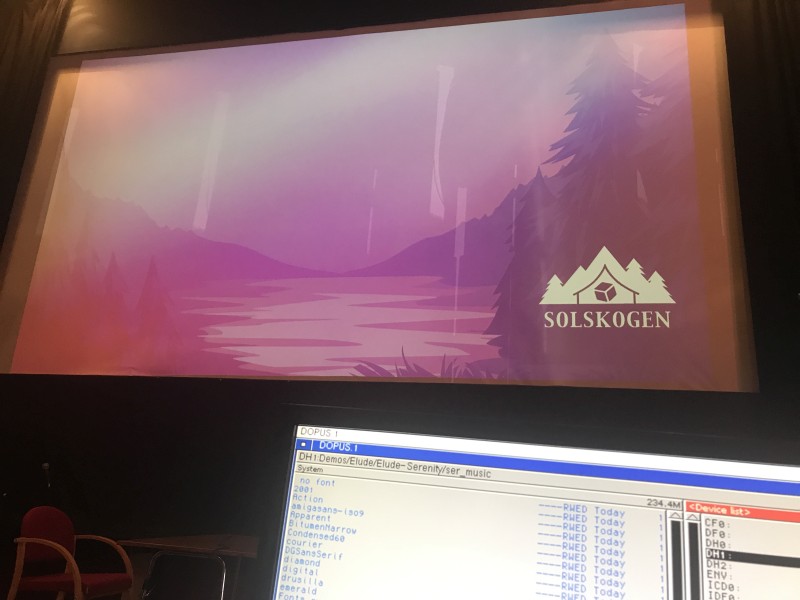