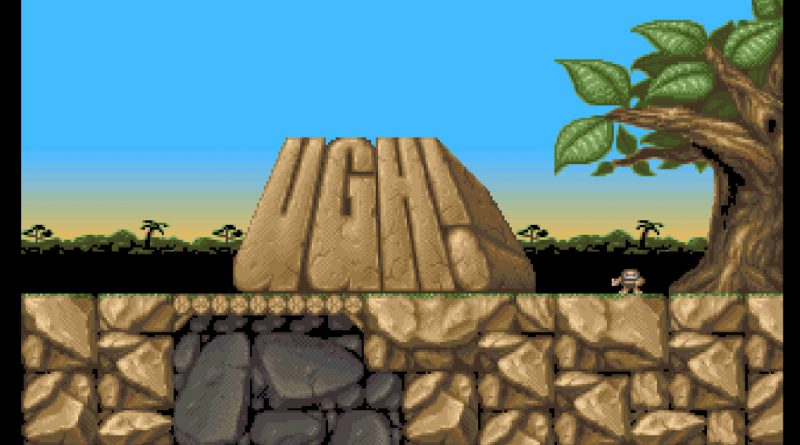 The Amiga had a massive collection of games and it’s all too easy when you boot up the old girl to reach for those golden classics like Stunt Car Racer, Super Cars, Skidmarks, Speedball 2, Secret of Monkey Island, Sensible Soccer, Sentinel, Shadow of the Beast, Starglider, Super Stardust, Superfrog, SWIV, Sword of Sodan, Syndicate or for those really adventurous types you might even play games that don’t start with the letter S!

This 1992 game is a caveman era version of Space Taxi for 1 or 2 people (simultaneously!) that has you in control of a caveman in his incredible flying machine giving lifts to the good folks of cavetown. The controls are spot on and the water effects are lovely, I have spent many an hour playing this gem.

Now I do like a good management sim, the slow tedious grinding I actually like. I also like cars, so a management sim about cars was just about perfect when I first encountered it. The game takes you from the early age of the motor car and you progress through the times researching new parts and actually designing your own cars with lots of types to choose from with more and more opening up as the years go by.

(Tip : Forget about everywhere but North America, they don’t buy anything).

There is also a modern remake I have just learnt about but yet to try : www.automationgame.com

To sum this up, the best Amiga golf game – end of story, play it, move along now.

This side on action combat game is a real hidden gem (and the CD32 version is even better). It has a hint of Defender and Wings of Fury about it but with an added simulation vibe that produces something strangely familiar yet unique at the same time.

This is not a well loved game, but I like it!. Not sure why but it was always one I enjoyed back in the day. Playing as a strange lovechild of Ikari Warriors and Commando set in apocalyptic New York taking alot of influences from the cult classic movie ‘The Warriors’ facing distinct gangs straight out of the film with my favourite being the clowns. From this long play you can complete it in under 20 minutes, something I never achieved !

Now for your brucie bonus … a game that begins with S, it’s terrible but just hit play on the Youtube clip below and listen to that classic 80’s sound track !