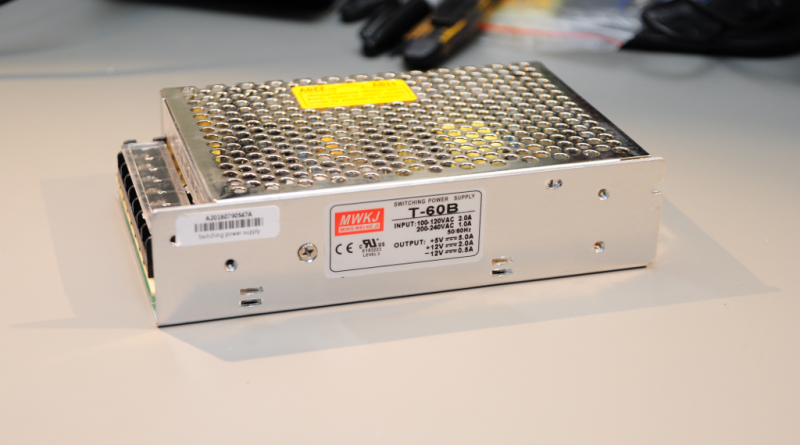 I finally got my A1200 up and running and wanted to share my success!  I sent an email into the Amigos and wouldn’t you know they asked me to make a blog post of it.  Be gentle on the critique, it’s my first blog post.

I stumbled upon the Amigos Podcast earlier this summer and I really started to miss my old A500 and A2000HD that I had many moons ago.  Emulation only takes you so far, and there something to be said about running programs and playing games on the actual hardware.  Maybe it’s the smell of 30 year old silicon?  Regardless, I went shopping around to see if I could get my hands on one again.  As luck would have it I managed to find an A1200 that was reasonably priced from Amibay.com.  I bought it from a nice gentleman who lives in Malta.  To help keep the postage reasonable, it was shipped without a power supply.

As most are aware, the Amiga was never huge in North America so finding parts is a challenge (let alone a power supply).  But I held out hope and was inspired by a video in which Aaron retrofitted an AT power supply to John’s A500 (climb into the way-back machine and check out the March 13, 2016 – The Amiga Lives! special episode).  Unfortunately I don’t have any old AT power supplies kicking around anymore, so I opted for a 60W triple output AC/DC power supply from China ($22 Canadian on eBay from China). This power supply supports both 110V and 220V input voltages, so the first thing I needed to do was crack it open and set the input voltage selector switch to 110V. 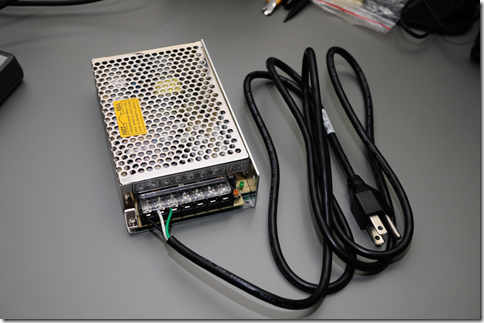 Next was to get a power cable connected to the inputs of the power supply.  So I found an old computer power cord laying around and hacked off the C13 end and attached the wires to the power supply input.

Now I know what you’re saying;

Jason!  You have no power switch!

These power supplies have a adjustment potentiometer for the +5V.  So it was time to plug it in ensure that the voltage levels were good. Ahhh, 5.00V on the button.  And with only minor tweaking.  🙂  While I had the multimeter out I checked the +12V and -12V outputs too and they were fine.  So I unplugged it from the wall and set it to the side.

Now it was time to take apart my new, old baby.  Here she is in all her glory. I didn’t want to remove the old power socket, so I decided to leave it in place and solder new wires onto the back-side of the motherboard. 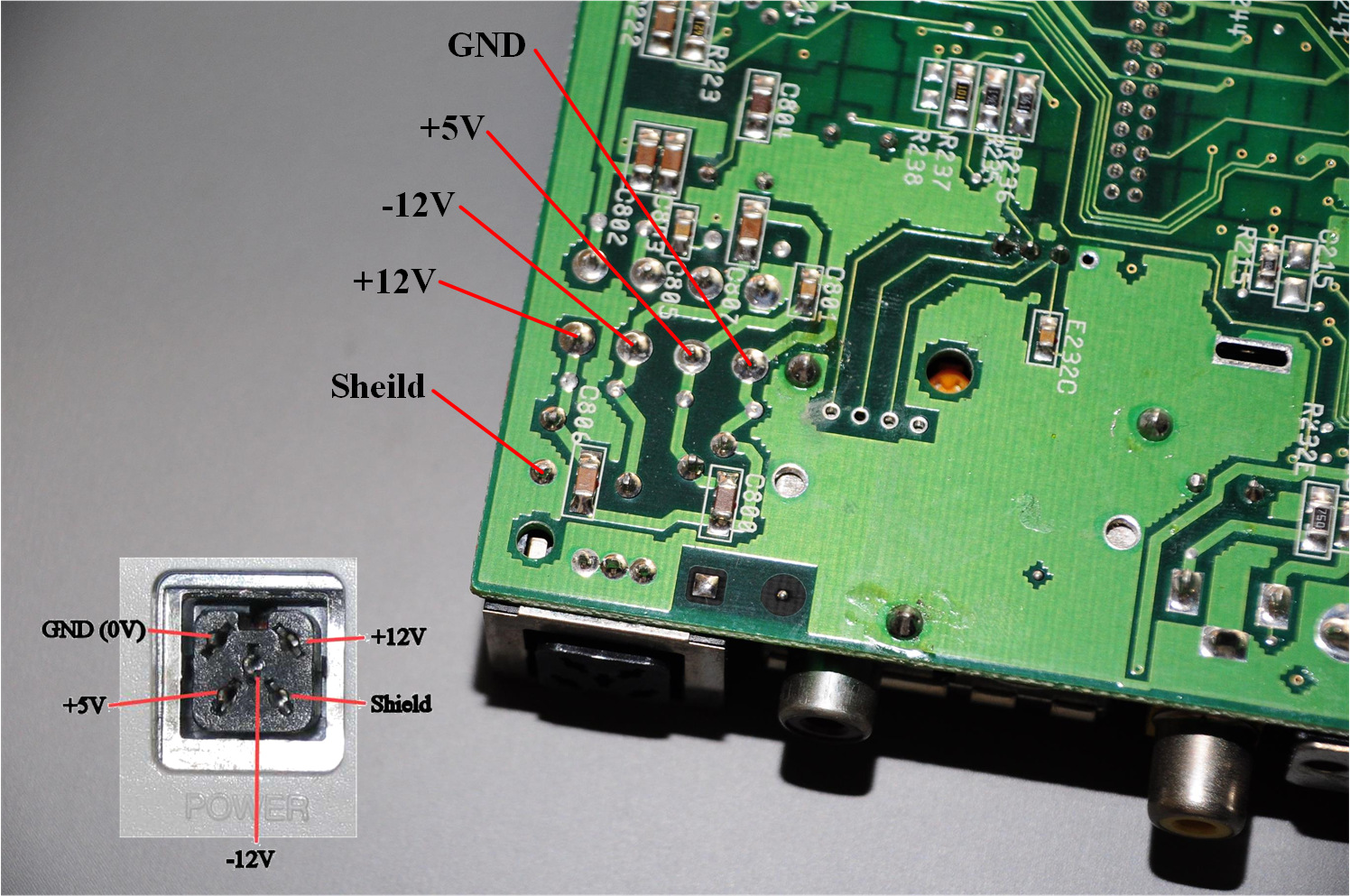 I found a diagram of the power socket at the Amiga Hacks website which described the voltage levels expected on each of the pins, and I found the PCB pin-outs from Beckwith Electronics.  With that information and confirming with my multimeter I determined the locations on the motherboard I was going to use to solder new wires to. A little soldering of some 20AWG wire and I was done. I used the same colour code for the wire as you’d find on an ATX power supply (except for white): I had a bit of excess wire to trim off.

With the wire trimmed, I put on a braided sleeve and some heat-shrink tubing to dress the wiring nicer. Then it was time for reassembly. I routed the cable out under the floppy drive and through the available slot when I removed the cover next to the serial ports and then attached each wire to the appropriate connector of the power supply. Then it was time…will it all work?  Oh please!  Fingers crossed. I’m pretty happy with how it turned out.  Especially the fact that nothing exploded.  Of course I’ve already got improvements planed:

But I’m ecstatic that my Amiga is alive!

I have another project in the cooker to convert the Amiga video output to S-Video.  I almost have all the parts, and now when it’s built I’ll have a way to test it!  I’ll be sure to do a write-up of that, so look for that in the future.

All the best from Canada!