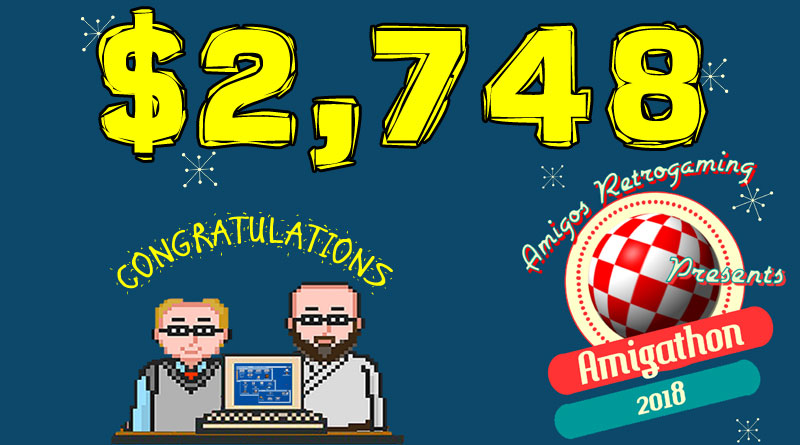 Today saw the Amigathon 2018 draw to a close after a marathon 24 hours (give or take a couple of hours) of non stop Amiga gaming. This is the 2nd Amigathon, an event spearheaded by dreamkatcha in 2017. 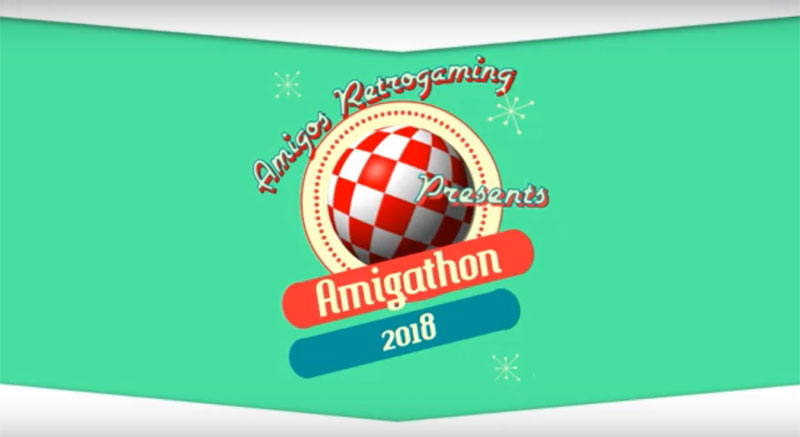 So as John and Aaron crawl off to their beds for a well earned rest (very well done chaps, you took on a big project) lets take a brief recap of the the day’s events.

The basic idea was that Amiga fans donated money and for every $ donated the Amigos would play 1 minute of the donators chosen game. This is the rundown of the schedule and who requested the games:

That is quite a list and to ensure that there was maximum chance of every chosen game being played a real Amiga A1200 was on site as well as emulators. 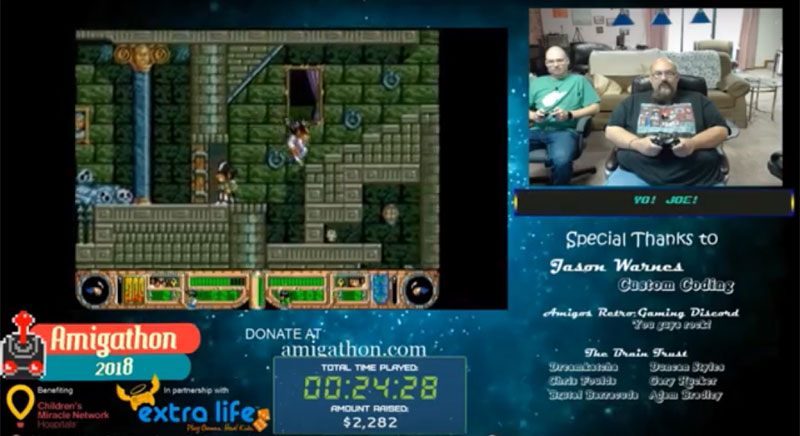 Gary James submitted a mystery game request. This turned out to be a very welcome surprise as Gary had actually created an Amiga port of much loved Odyssey 2 title, K.C .Munchkin especially for the Amigathon! Not only did the game play super smoothly you could also activate a special retro graphics mode for a real old school look. At the end of the event the hosts were asked what their stand out moment was and this was it. Thanks Gary! 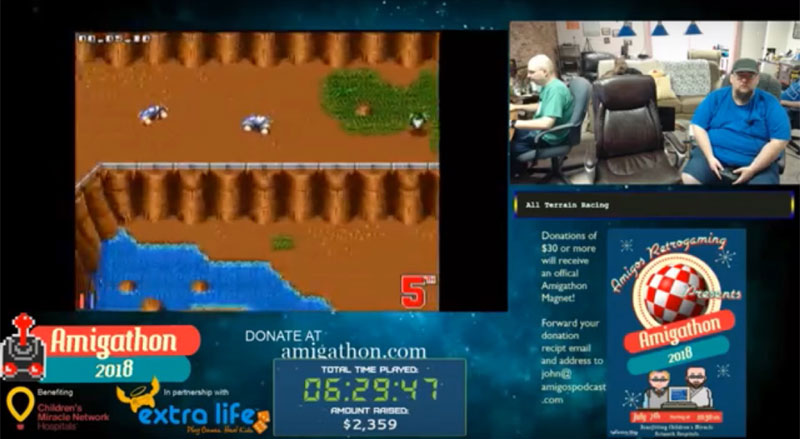 The event didn’t go totally to plan as during the first half of the Amigathon the Amigos were let down by their modem. Oh no! Keen Amiga fans were kept up to date on the dedicated Discord channel while John sped to Walmart to pick up a replacement modem and Arron and the rest of the team attempted to factory reset the failing modem. A short reprise was achieved when the modem came back up but once again it failed and the only option was to install the shiny new modem. While this was going on a few Discord users were talking about trying to contact the relevant ISP to prompt them into bringing the possibly faulty connection back up and maybe ask for a donation for the trouble. As it turns out, it was the modem. Once replaced the stream was solid for the 2nd half of the event. Well done to the tech bods that got that modem installed and configured so quickly. 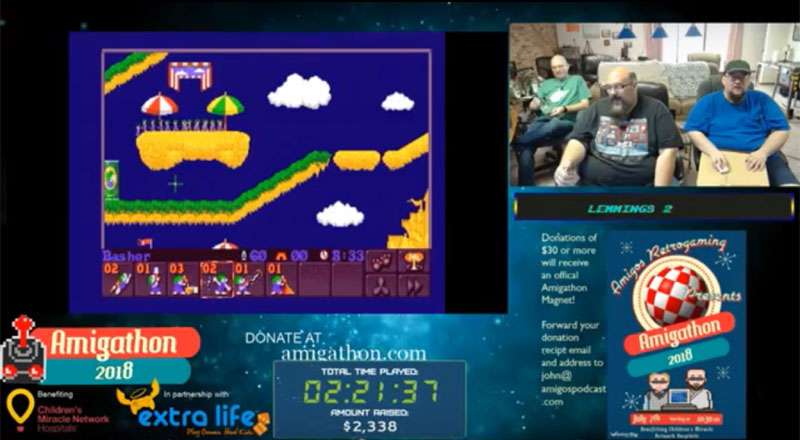 Big thanks go to the wonderful sponsors of the event. These were:

Finally, a HUGE thank you goes out to everyone who watched, took part in the chat and helped to spread the word about the event. The biggest thanks goes to those who donated. You made this event, without you it’s just two guys slowly going cross eyed in front of a monitor for 24 hours.

See you again next year……