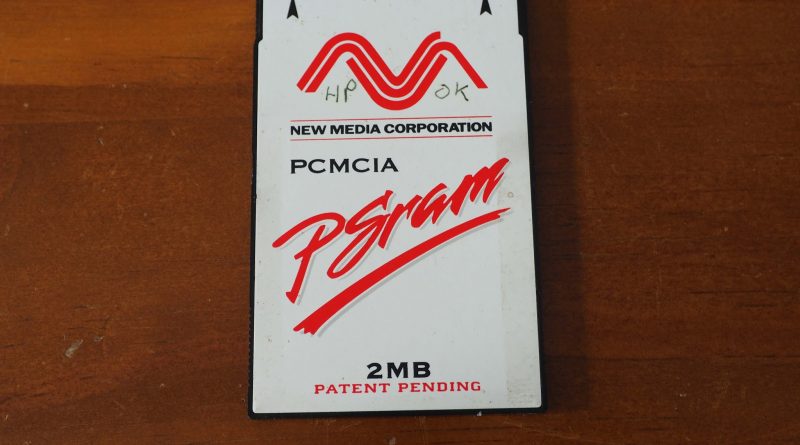 The not so perfect venue for any Amiga convention is here unless you want your precious Amigas shaken and stirred. We experienced the third biggest earthquake in a century here in New Zealand yesterday – even bigger than the devastating Christchurh earthquakes of 2011. Luckily it struck in a sparsely populated area of the country although some towns were severely affected. ‘Sparsely populated’ I hear you say? Is not all of New Zealand ‘Sparsely populated’? Well most of it is anyway. And to top it off we’ve had tsunami, flooding because of rain, all exacerbated by king tides because of the super moon!

Not to fear though, my Amiga collection came through it alright and – oh yea – so did we.

Anyway as you can see the internet is still working so I don’t have to send this out via smoke signals.

On to Amiga goodness. I was messing around with my A600 and I came across a 2Mb PCMCIA card in the latest pick up so I plugged it in to see if I could access it. After a bit of playing around I found the Prep Card program in the Utilities drawer in Workbench 2.04 so I opened it and tried to format the card and it told me it was allocated to RAM already. I remember reading a few nights ago about the ability to add Fast RAM via the PCMCIA slot on the A600 and 1200. Upon cranking up Sysinfo I confirmed there was 2Mb Fast RAM installed along side the built in Chip RAM so it was already configured. The computer is a little faster with the Fast RAM installed.

I have also been playing around with loading programs into memory by making them resident which speeds up access to the programs but does chew up more memory. Another very interesting function is the RAD drive. When configured, the entire Workbench disk is loaded into the RAD drive which is in essence a RAM drive. The initial boot takes quite a while because it includes the time it takes to copy the contents of the Workbench disk into the RAD drive but when you soft reboot, the OS loads from RAM which makes it very quick to boot. I will be doing a blog showing how to set up resident programs and RAD drives for both 1Mb and 2Mb Amigas. Keep an eye out for it – that’s if the earth doesn’t open up and swallow us first… 3 thoughts on “The not so perfect venue for the next convention: New Zealand!”