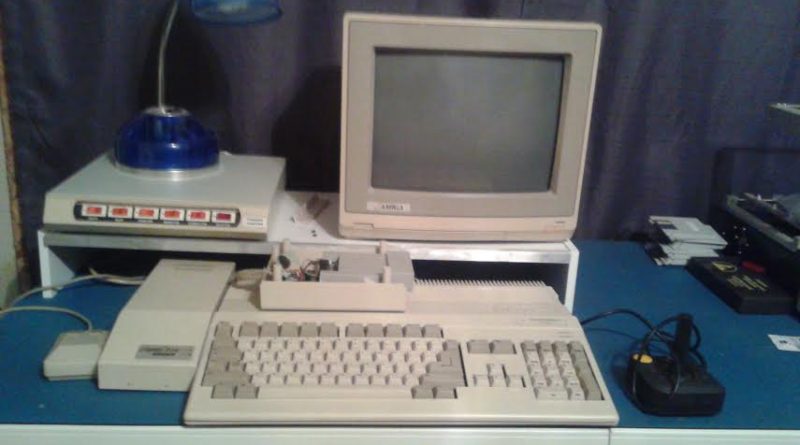 I’m a new user of the Amiga 500 and became a listener about 6 months ago. I listen in my car on the way to and from work. I don’t have much to share from my youth about the Amiga 500 but I do remember a little bit growing up with a VIC-20. Just before I was a teenager we had a VIC-20 with a tape drive. I enjoyed typing in Basic programs found in magazines and then trying to understand how they worked. Remembered many times having to retype them in because I forgot to save them to tape. I remember ordering a light pen from a magazine and playing around with it, trying to understand how the code worked until I over wrote the cassette tape. I also remembered something called GEOS (Graphic Environment Operating System) but I think that was for the Commodore 64 but for some reason I think I used it on the VIC-20.

I bought an Amiga 500 off of ebay about 3 to 4 years ago, with the intent to learn C programming. Over many months I bought a power supply, a mouse, an external drive and then lastly the Amiga 500 computer. Only after plugging it all up for my first time, did I realize that I needed the Workbench diskette. I’m OK spending $30 dollars on hardware but not on a set of basic boot disks. I ended up buying one of those Gotek USB drives and some blank diskettes. I was able to boot (df0) from the Gotek drive into X-Copy, select the Workbench 1.3 image from the Gotek drive and then copy it to the external drive to create my own boot disks. Some time in 2015 I ended up buying an Amiga monitor and 512K Ram Expansion (A501). This year (2016) I bought a SupraDrive 500XP (20Meg external hard drive) and finally over the last month have I started to learn to program in C.

Thanks for writing in, Robert! We encourage all our listeners to submit their Amiga rigs to amigos@amigospodcast.com.